Matchday four of the West of Scotland Football League Premier Division saw Pollok welcome Beith to Newlandsfield on a Friday night under lights. After two relatively straightforward cup wins this would give a better indication of the home side’s early season form.

The manager made just one change from the previous week’s win over Girvan – Rumsby replacing Sideserf in the centre of defence.

For the first time this season, Pollok were shooting up the slope in the first half and suffered an early scare when Beith got in a dangerous cross from the right which Longmuir palmed down into the ground and gathered without further alarm. At the other end, a good Pollok move ended with Lyon firing in a low cross which was deflected away for a corner at the near post.

With nine minutes on the clock, Pollok won a free-kick in the attacking third. As everyone lined up in the box awaiting a cross Mullen curled it round the other side of the wall towards goal where it was spectacularly tipped around the post by Johnson.

Beith took the lead in the sixteenth minute. The Pollok defence failed to deal with a long ball down the right and when the ball broke to the away side they produced a couple of sharp and incisive passes to put Fowler away inside the box. His low cross had Beith players queuing up and it was Monk who slotted home.

A couple of minutes later it was two-nil and the goal bore a few similarities to the first one. A long ball down the left channel wasn’t properly cleared by Pollok and was picked up by Monk. He drove at the defence before sidestepping Brownlie and firing home for his second goal of the night.

Beith were very much on top, and a good passing move in the twenty-fourth minute ended with McGlinchey being able to step onto a pass and hit a swerving drive toward goal. Longmuir did well to get a strong hand to it and concede a corner.

With a half hour on the clock, Pollok were somewhat fortuitously back in the game. A move down right saw Christie dig out a high swirling cross to the near post. Johnson seemed to have it covered but let the ball through his hands and the ever-alert McCann was in the right place at the right time to chest it over the line.

Pollok went looking for an equaliser and after a couple of corners, Mullen swung in a brilliant cross which Forde headed over from six yards out.

Then on the stroke of half time, Beith got a third. A deep cross from the left was headed back across goal by McGlinchey and the unmarked Frize had the simple job of heading it into the net.

With a two-goal lead to protect Beith were a little bit more defensive in the second half but still looked extremely dangerous on the break. After a move very reminiscent of the first two goals saw Mullen forced into a goal-saving challenge the ball was quickly passed back into the box and Monk was presented with the chance of his hat-trick. His low shot lacked power though and was saved by Longmuir.

At the other end, a Mullen free-kick underneath the wall went just wide as Pollok looked for a way back into the game. The introduction of Fraser and Buchanan from the bench appeared to give the home side fresh attacking impetus. A Christie cross was mis-hit by Buchanan and Fraser just failed to get enough on it to divert it in at the back post.

After Beith had a couple of headed opportunities which they sent wide and Fraser had one where he found the target but without the necessary power to trouble Johnson. Pollok gave themselves a lifeline. The goal was similar in nature to Beith’s first two. A long ball was not headed clear and Duff picked up possession. He passed it wide to Mullen whose curling cross picked out the unmarked Buchanan at the far post and he headed home with just under five minutes to go.

Pollok went in search of an equaliser and after a Mullen drive was deflected away from the resultant corner Pollok headed wide. With time nearly up and Longmuir in the opposition box for set pieces, another cross was swung in. Sideserf took it on the chest and hit a sweet volley on the turn which clattered off the post. In truth, it would have been a barely deserved equaliser.

A hugely disappointing result and performance by the home side saw them slip to a first defeat of the season against a well-drilled Beith team who had pace and ingenuity up front. Pollok will look to improve in the upcoming cup games as they continue a run of games at Newlandsfield. 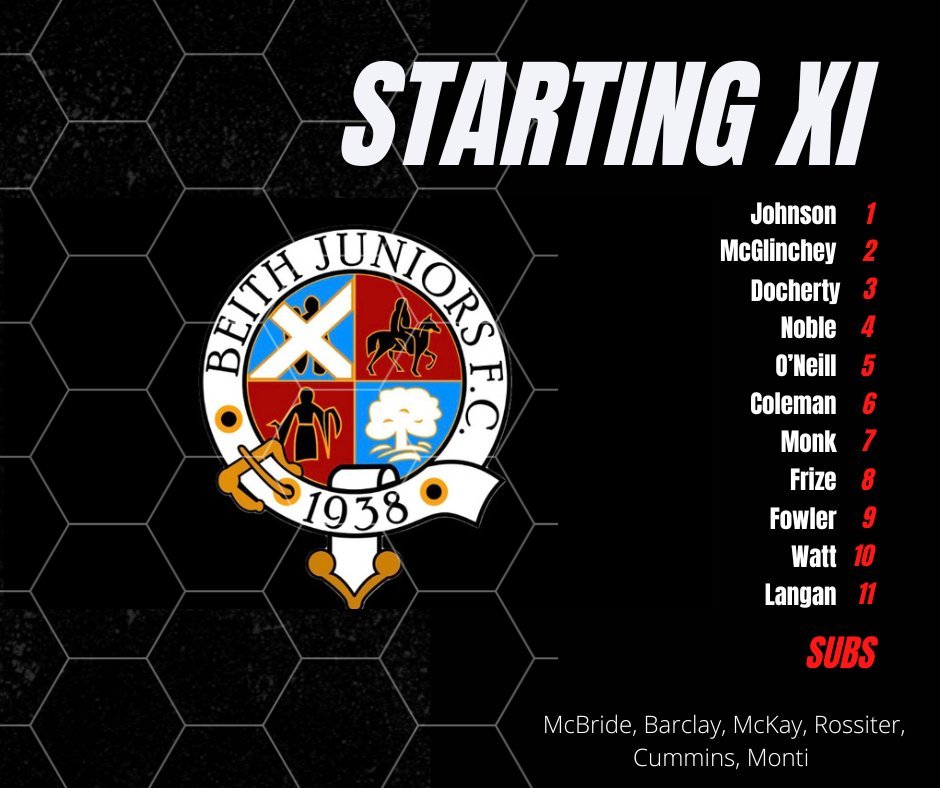 The thoughts of Murdie:

It’s the first Friday night football at Newlandsfield this season, as Beith visit in a West of Scotland Premier Division match, kick off 19:45.
After last week’s 6-0 win over Girvan in the Scottish Cup, we return to WoSFL action tonight. Beith are currently sixth in the early league standings, having won two and lost one, a 3-1 win over Cambuslang on the opening day followed by a 2-0 defeat to Hurlford and a 3-0 win over Petershill. Pollok go into the game sitting 4th, with two wins a draw, beating Petershill 3-1, a draw with Largs and then beating Glenafton 3-2.
We played Beith twice last season, beating them 5-1 at Newlandsfield in July 2021 and then 1-0 at Bellsdale Park in December. The fixture has been kind for the ‘Lok in recent seasons as we are five games unbeaten, with four wins and a draw.
Beith were formed in 1938, sharing the same black and white colours of Pollok, they have won the Scottish Junior Cup once in 2016, when they defeated Pollok on penalties after a 1-1 draw. The current Scotland manager, Steve Clarke is a former player of ‘The Mighty’. Chris Strain took over in the summer from former Pollok player Bryan Young.
The club would like to let members and fans alike, know that tickets for our South of Scotland Challenge Cup game against Clydebank on Saturday 10th September will be on sale at tonight’s game.