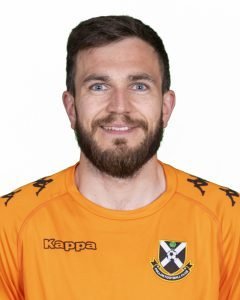 Jordan first played at Junior level in the 2007-08 season after signing for Bathgate Thistle from Colville Park AFC. His two years at Bathgate were followed up by another pair at Bo’ness United before he returned to the crack Motherwell amateurs. It was from Colville Park that he joined Lok in the summer of 2014 and he has made the No. 1 jersey his own ever since. Jordan signed a contract extension in March 2022, tying him to the club until the end of season 22-23.