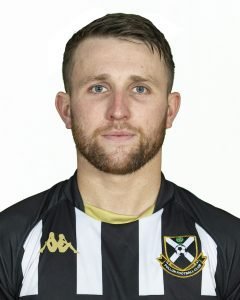 Striker Adam began his professional career with Stranraer in 2012, joining them from Erskine YFC. In his three seasons at Stair Park, he made 24 league appearances, netting 3 times. He also spent time loaned out at Neilston and Kilbirnie, joining the latter on a permanent deal in 2015. It was from the Blasties that he joined Lok in the summer of 2017 and in October 2020, it was confirmed that he had signed a contract extension through to the end of season 2022-23.