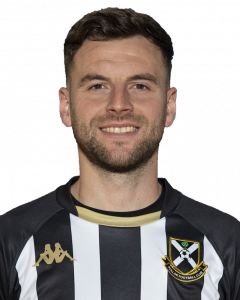 Midfielder Chris joined Lok from Rossvale ahead of the 2019-20 season. He came through boys and amateur football in the East Dunbartonshire area before stepping up to Junior level with Kirkintilloch Rob Roy in 2013. Impressive performances across four season won him a move to Queen’s Park, but after 13 appearances for the Spiders he moved on to Cambuslang Rangers. He ended 2018-19 in Rossvale colours ahead of his move to Newlandsfield.