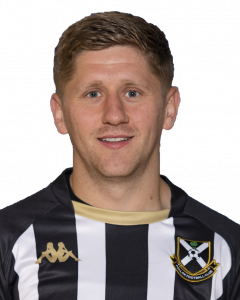 Winger Robbie is a product of the Rangers and Hearts youth systems, and he signed his first professional contract with the Jambos in July 2013. Robbie made four first team league appearances for Hearts in season 2014-15 but spent the bulk of his career getting experience on loan elsewhere. He had three loan spells with Cowdenbeath and another with Brechin City before a permanent switch to Central Park was made in the summer of 2017. Over the course of his time with Cowden, he made 171 league appearances, scoring 20 goals. He joined Lok in the summer of 2022 on a two-year deal.