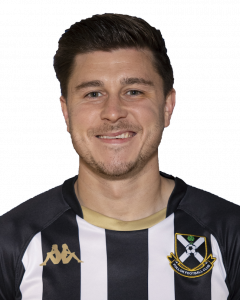 Experienced left-back Sean is a product of the St. Mirren youth system and signed his first professional contract with the Buddies in May 2008. He made two appearances for them in the top flight, making his debut on 14th February 2009 in a 2-2 draw with Falkirk. He moved on to Airdrie United at the end of his contract in the summer of 2010, making three appearances for them on a short-tterm deal before he came aboard at Queen’s Park where he got his first taste of a run-in the first team. He played with the Spiders for over seven seasons, making almost 200 appearances for them in the league at which point, in 2018, he transferred to Brechin City. Moves to Forfar Athletic and Stenhousemuir followed before joining Stranraer in the summer of 2020 and it is from the Blues that he joins Lok on a deal through to the end of the 2023-24 season.