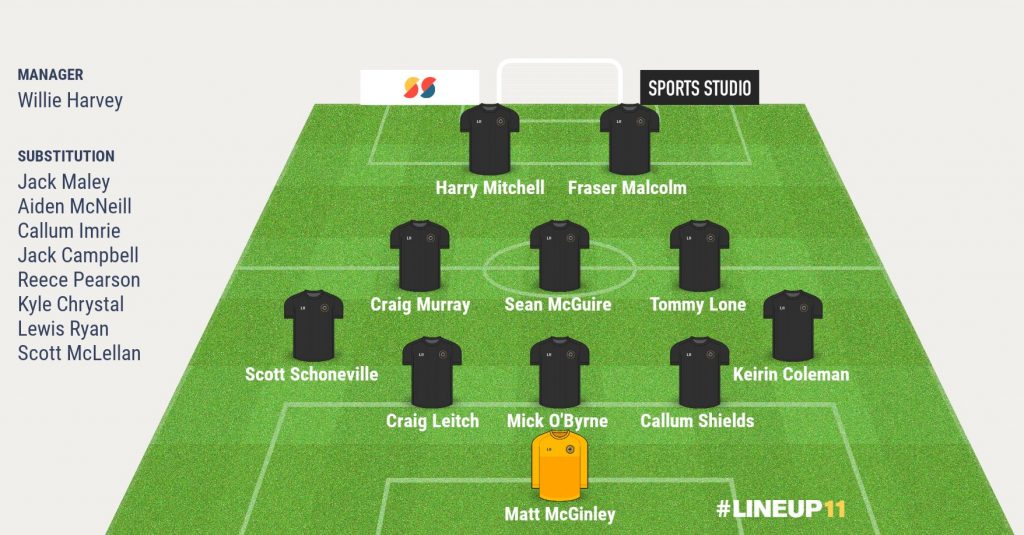 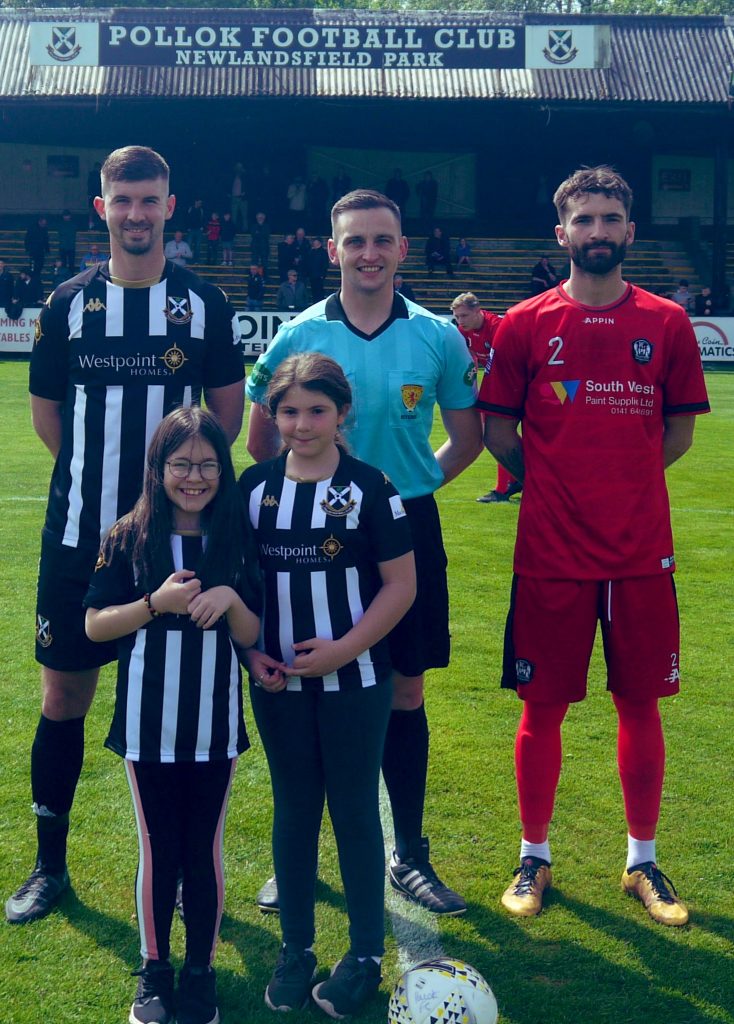 Mascots Ava and Abby with the captains pre-match
Highlights from Mark Donnelly:

Thoughts from Murdie post-match:
Pollok have a busy couple of days ahead.
It’s the final game in our debut league season of the West of Scotland Premier Division on Saturday as we welcome Rutherglen Glencairn to Newlandsfield. 48 hours later we face Clydebank, again at home, this time in the Kilmarnock Pie WOSFL Cup, which could see our floodlights in use for the first time.
Last week we beat Cumbernauld 2-1 at Guy’s Meadow to seal third place in the league, Chris Duff with the double. Glencairn are still fighting to remain in the division, they sit 14th, which if Darvel are promoted then could see them relegated. Glencairn have won 14, drawn 7 and lost 16. Our record against Rutherglen is good, we have won four of the last five, Glencairn’s last win came in 2015. Last meeting between the sides was in July when we left the Hamish B. Allan Stadium with a 2-1 win, courtesy of goals from Adam Forde and the now retired Paul Gallacher.
Clydebank have had a good cup record this year, going far in the Scottish Cup beating Dalkeith, Elgin City and Clyde before losing out to Annan Athletic in a close encounter, 4-3 at Holm Park. In the WOSFL Cup, the Bankies have beaten Carluke, St Cadocs and Kello Rovers. Pollok knocked out Clydebank in the South Challenge cup with a 2-1 win at Holm Park. The last meeting between the sides was a Bankies 2-1 win at Newlandsfield last month in the league. Clydebank are guaranteed to finish 4th in the league and the encounters between our clubs have been close this season.
Monday falls on the 41st anniversary of Pollok’s first Scottish Junior Cup success and a big crowd would be welcome as we enter a new era under the floodlights.