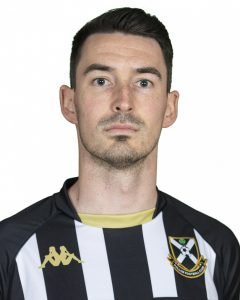 Right back Grant played in all four national senior divisions across spells with Hamilton, Dumbarton, Morton and Airdrie, then had two seasons with Irvine Meadow before signing for Lok in August 2016 after initially featuring as a trialist. 2020-21 was a non-starter for Pollok, but he committed his immediate future to the club by signing a contract extension in October 2020 to see him remain at Lok until the end of the 2021-22 season. He was loaned out to Albion Rovers during Lok’s shutdown but the deal was cancelled without him making an appearance. Grant was released in June 2022.