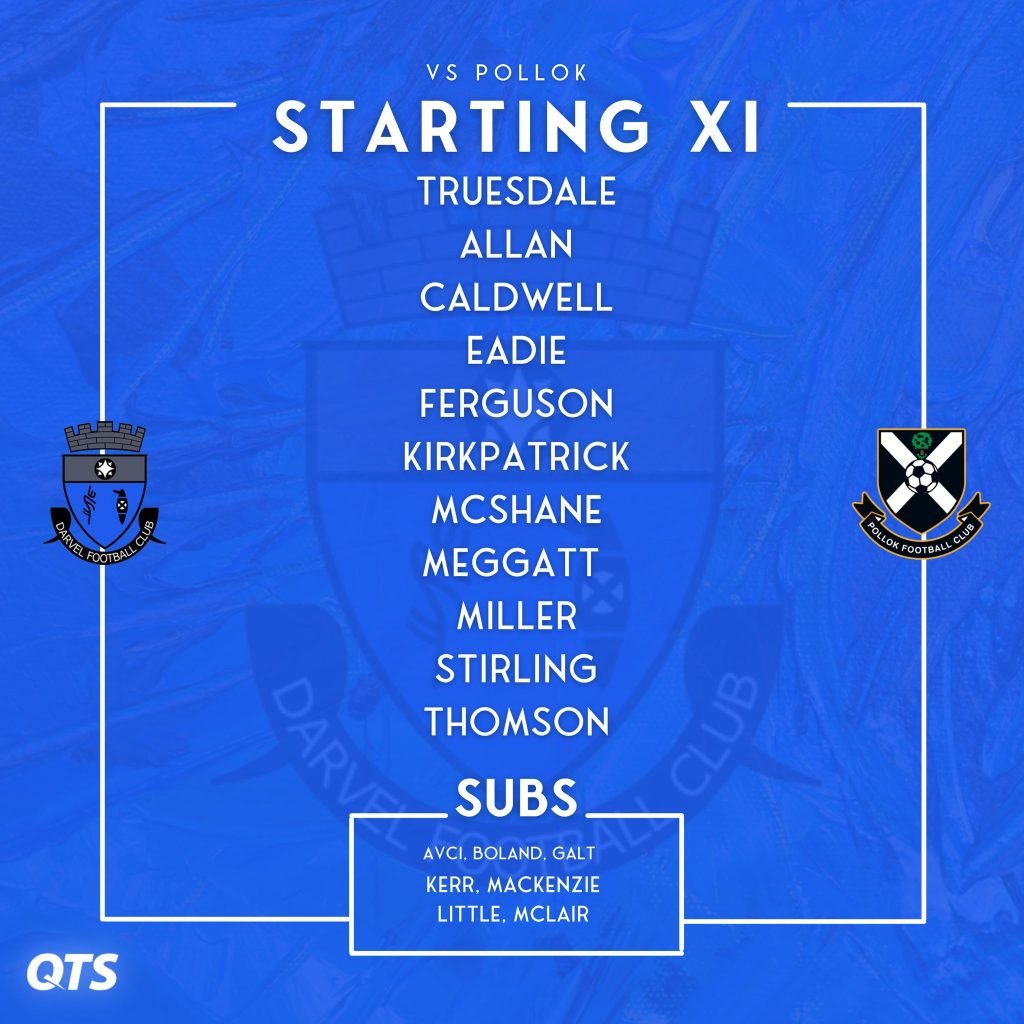 Pollok travel to Recreation Park as we face Darvel on Saturday in the West Of Scotland Football League Premier Division.

The ‘Lok are four points clear at the top of the table and will be hoping to get back to winning ways in the league after a loss away to Auchinleck Talbot, two weeks ago. Last week, Pollok won 3-0 against Maryhill in the Kilmarnock Pie WOSFL Cup. Goalscorers were Adam Forde, Jonathan Lyon and Ryan McGregor.

Darvel were due to play Bellshill last weekend in the WOSFL Cup and also Beith in the Premier Division on Wednesday at Recreation Park but both games fell foul to the weather.

Mick Kennedy’s side are currently 6th in the Premier Division but have a massive 8 games in hand on several teams. They have a record of won 14, drawn 2 and lost 4 with a points tally of 44. Darvel reached the Fourth Round of the Scottish Cup, having knocked out Keith, Stranraer and Brechin before falling at the hands if Championship leaders, Arbroath. They haven’t played a game for a month now and will be hoping the match with Pollok can withstand the weather.

The club’s last met back on 28th August last year when a Josh Weir strike won the match in what was a closely contested match.