Pollok face Hurlford at Newlandsfield tonight in what will be manager Stewart Maxwell’s first home game since taking the reigns.

The Lok currently sit third in the WoSFL Premier Division, having won seven games, drawn five and two defeats.  Our opponents are 7th in the table with a record of five wins, four draws and four defeats.

In their last five matches in all competitions, Hurlford have won three, drawn once and lost once.

Last season, both league matches ended in draws between the clubs, 0-0 at Blair Park and 1-1 at Newlandsfield. The last match between the sides took place on June 4th in the semi-final of the WOSFL Cup when Hurlford won 2-0. 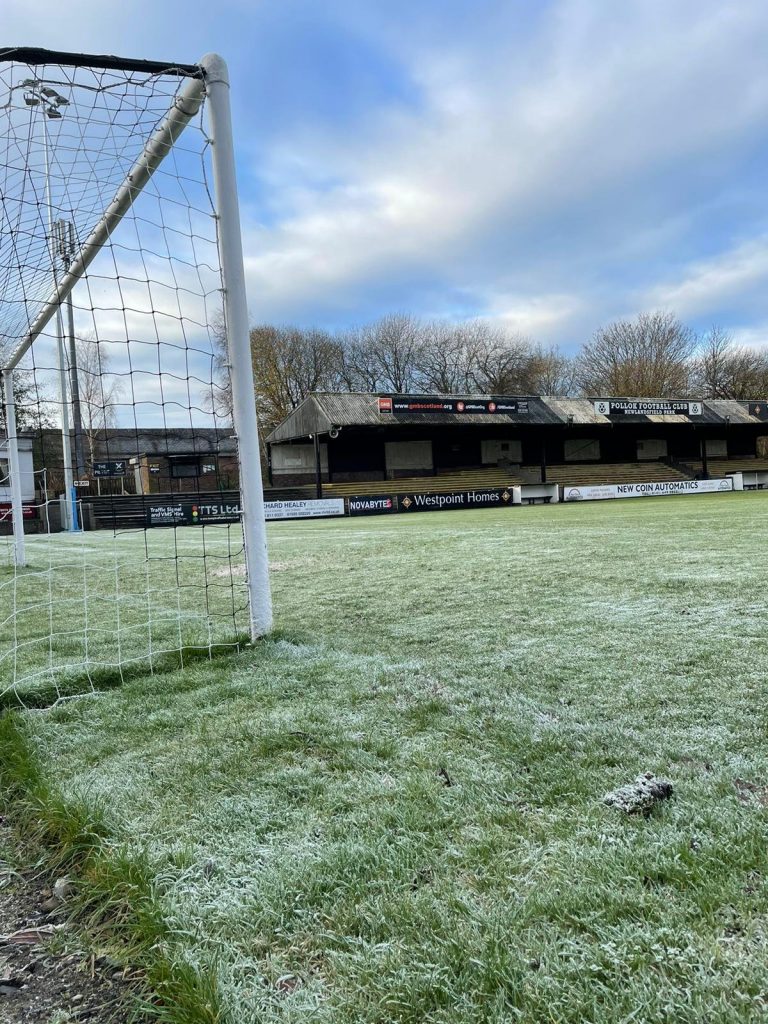 It’s a midweek cracker at Newlandsfield as Pollok take on last season’s champions, and current league leaders, Darvel, on Wednesday.

Both teams were away from home last weekend with Darvel away to Irvine Meadow on Friday night and leaving with a 2-1 win. Pollok beat Cambuslang Rangers 1-0 at Somervell Park.

In their last five matches, Darvel have won three, beating Kirkintilloch 4-3 at home and a big result in the Scottish Cup when they knocked out Montrose away 5-2, the aforementioned win over Irvine is the other win. They were beaten at home by Largs 2-1 on 9th November and lost in penalties to Stirling Uni, after a 2-2 draw in the South Challenge Cup.

Darvel currently have a record of 7 wins, 1 draw and 2 defeats so far in the West Of Scotland Football League Premier Division. They are three points better off than Pollok and have a game in hand. Last season the clubs met twice, a 1-0 win for Pollok at Newlandsfield and a 2-1 win for Darvel later in the season at Recreation Park. 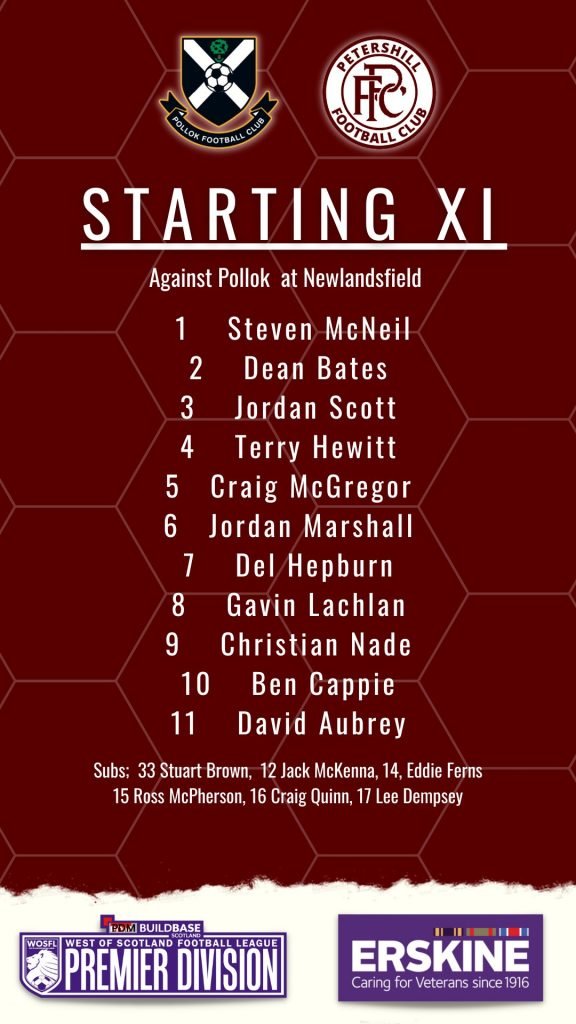 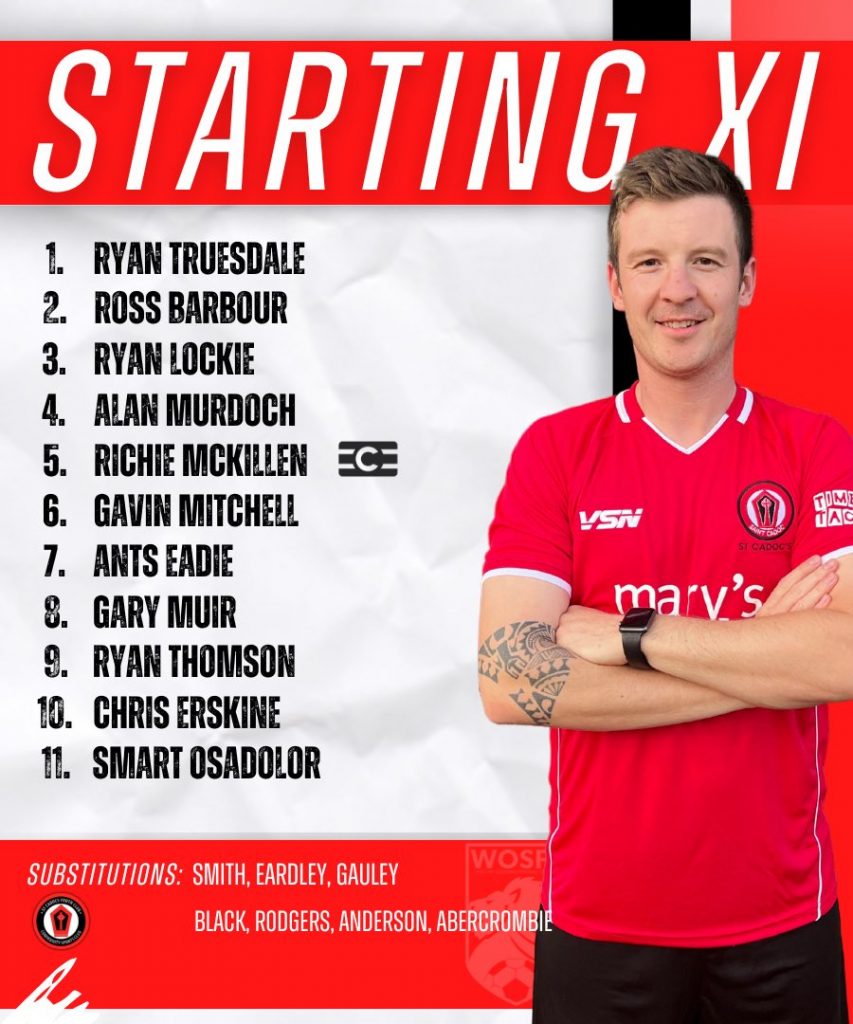 #
att: 455
Pollok are in Kilmarnock Pie WoSFL Cup action this weekend as we welcome St Cadoc’s to Newlandsfield for the first time in a local derby match.
Pollok were in league action midweek and left Townhead park with a 2-2 draw against Cumnock. St Cadoc’s played last Saturday and beat St Roch’s 5-0 away at James McGrory Park. St Cadoc’s are currently 5th in the WoSFL First Division with a record of 4 wins, 3 draws and just the one defeat.
St Cadoc’s were formed as a school team in 1987 and have now grown to a sports club with over 700 kids being part of the club set up. The club set up an adult side and gained entry to the newly set up West of Scotland Football League in 2020. They finished 2nd in Conference B last season and will be looking to be in the mix for promotion this season. They currently share with Benburb at New Tinto Park.
John Doyle took charge in January this year and led the club to 2nd place in the league and the final of the Strathclyde Demolition Cup. Pollok signed Dylan Dykes from St Cadoc’s in the summer while St Cadoc’s have added some experience to their ranks with the addition of former Partick Thistle, Dundee United and Livingston player Chris Erskine and former Stranraer and Raith Rovers player Grant Anderson, both of whom have been the club’s players of the month in September and October.
This will be the fourth time this season in cup competitions that Pollok have faced clubs that we have never played before, after Eglinton, Huntly and Annan and with a visit to Ayr to come its been good to meet new faces.