All the goals from Mark Donnelly: 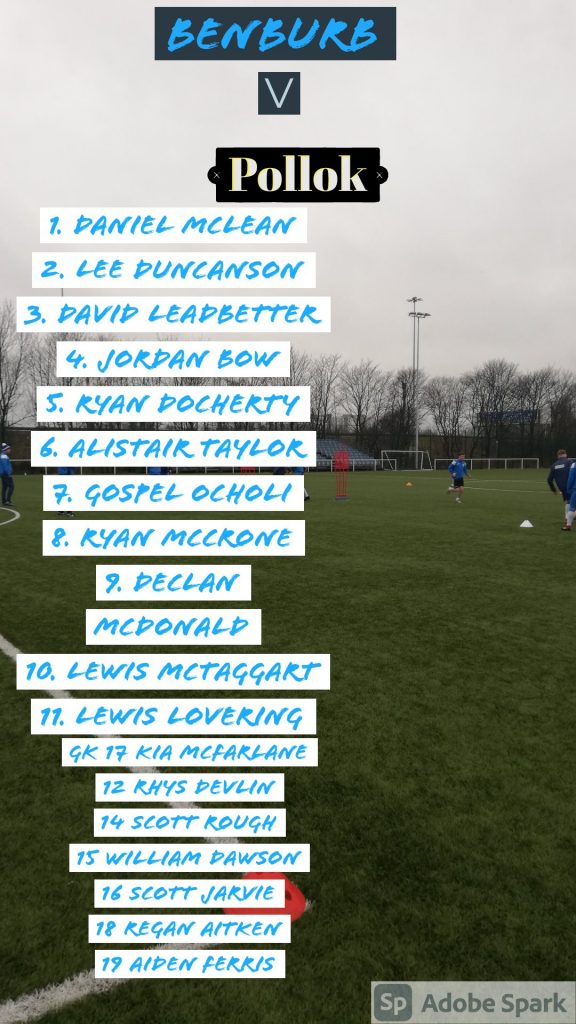 Pollok make the short journey across the southside to take on Benburb at New Tinto Park on Saturday in the WOSFL Premier Division.

The Lok maintained their 12 game unbeaten run in all competitions last weekend with a 2-0 win away at Kilbirnie, the goalscorers were Johnny Lyon and Bryan Wharton.

Benburb had a free weekend last week so should be refreshed ahead of the match. The Bens currently sit 15th in the league with 18 points, they have a record of 5 wins, 3 draws and 8 defeats. The club have won the Scottish Junior Cup on two occasions in 1934 and 1936. Their last honour was the West of Scotland Cup in 2002.

The last match between the clubs took place on 4th January 2020 at New Tinto Park when it finished all square 1-1. The Pollok goalscorers was Jordan Shelvey.

Pollok will be hoping to maintain their lead at the top of the league by coming out on top in the southside derby. While the Bens will be looking to improve on their one win and one draw in their last six games. 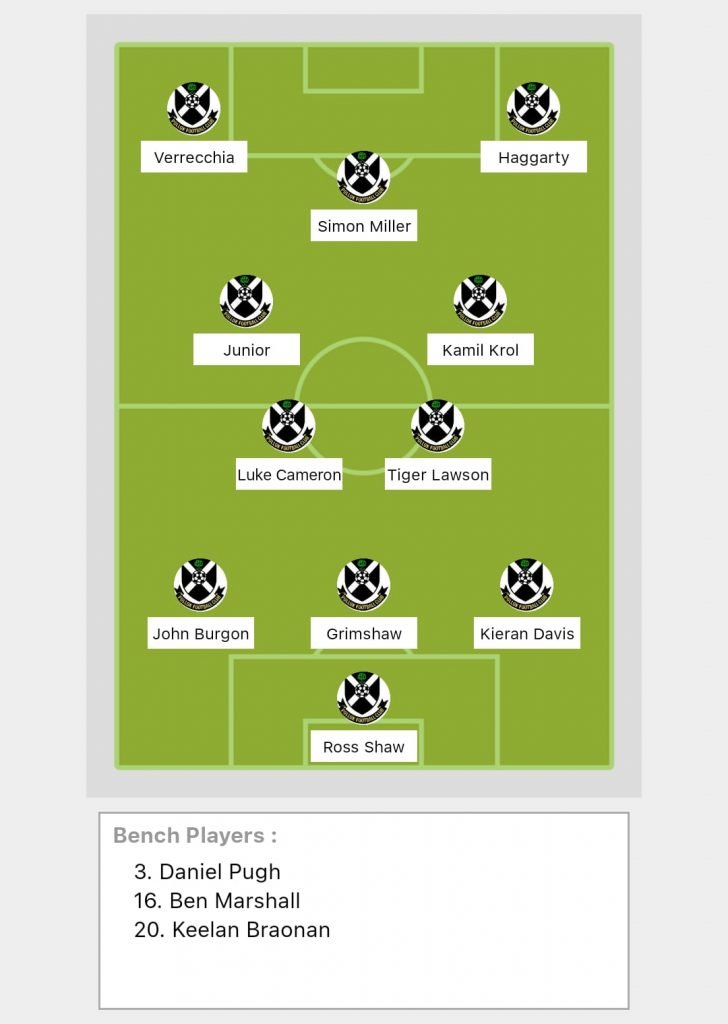 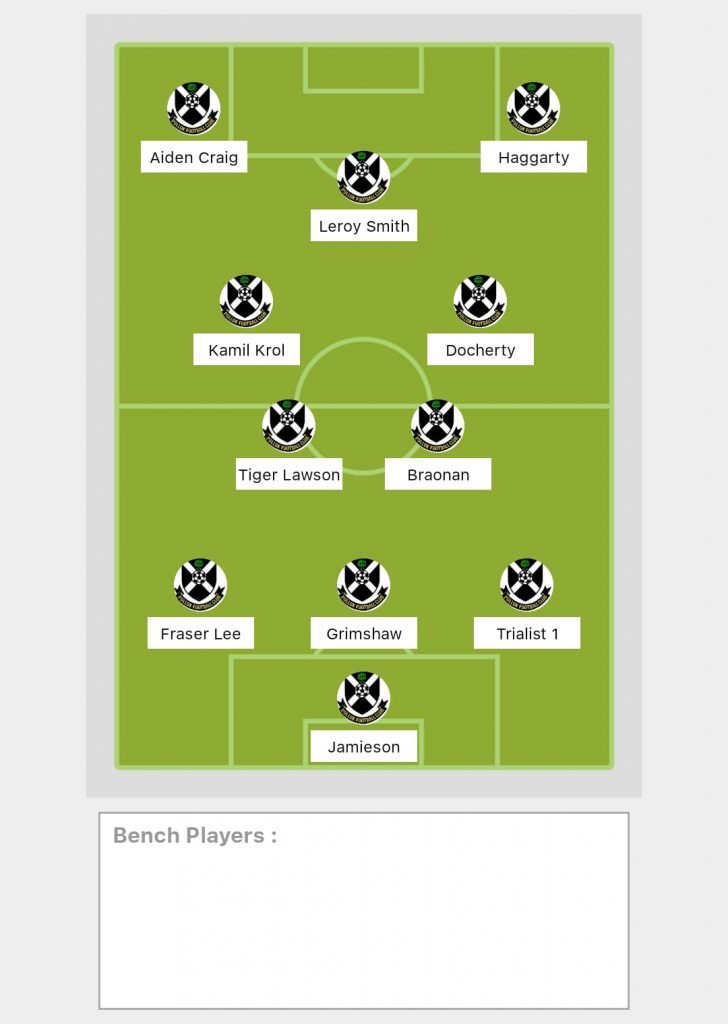 19′ GOAL!! Forde scores his second of the evening. Rossvale 0-3 Pollok A Del Esplin goal on 23 minutes had Lok a goal ahead at the break and Gary McCann wrapped up the points late on. Pollok wrapped up their pre season campaign with a professional 4-1 victory over Fauldhouse at New Tinto Park on Wednesday night. Academy graduate Mohamed Niang opened the scoring for the Lok eight minutes in. After being played in by Adam Forde from the left and tucking the ball into the bottom right corner.

Adam Forde doubled the lead just before the half hour mark from 12 yards after Stuart McCann was felled in the box after beating his man on the left wing. Forde stepped up with the sun in his eyes and hit a reverse shot with his left foot into the bottom right corner leaving the keeper with little chance.

Forde got himself his second and Lok?s third goal in the closing minutes of the first half. With some good attacking play. Niang clipped it into the feet of Bryan Young in the box from the right, with the midfielder deftly touching it back for Forde who made no mistake in dispatching the ball into the bottom left corner.

Fauldhouse responded in the second half, grabbing one back through David O?Donnell. Who received the knock on from Ben McGhee, he battled with skipper Paul Gallacher to curl it beyond Longmuir into the bottom left corner with a bit of help from the post from 18 yards.

Bryan Young capped off a fine performance following up from Stuart McCann?s well saved volley from 10 yards. The ball came over from the left, with McCann meeting it with a fine volley which JC Hutchison magnificently got a hand too. Young?s anticipation paid off as the ball landed at his feet and he stroked the ball home beyond the defender on the line to complete the scoring. 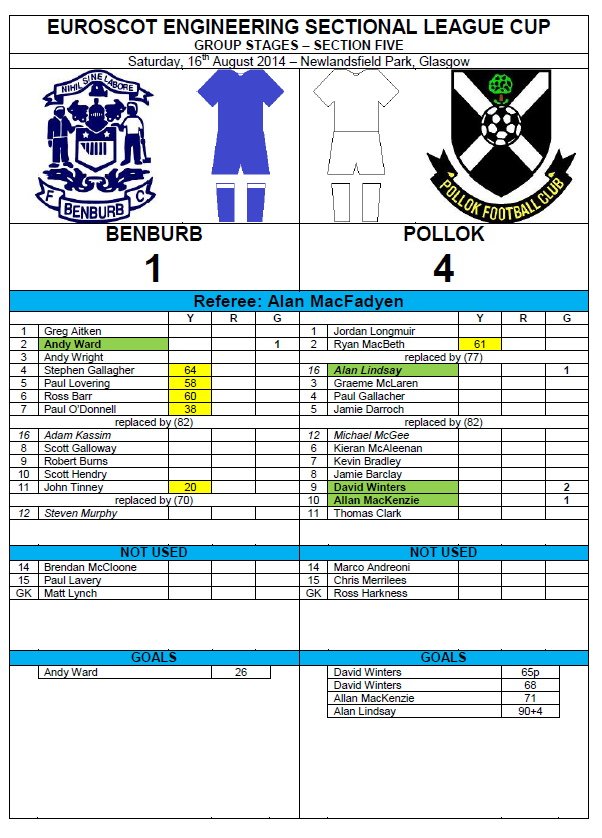