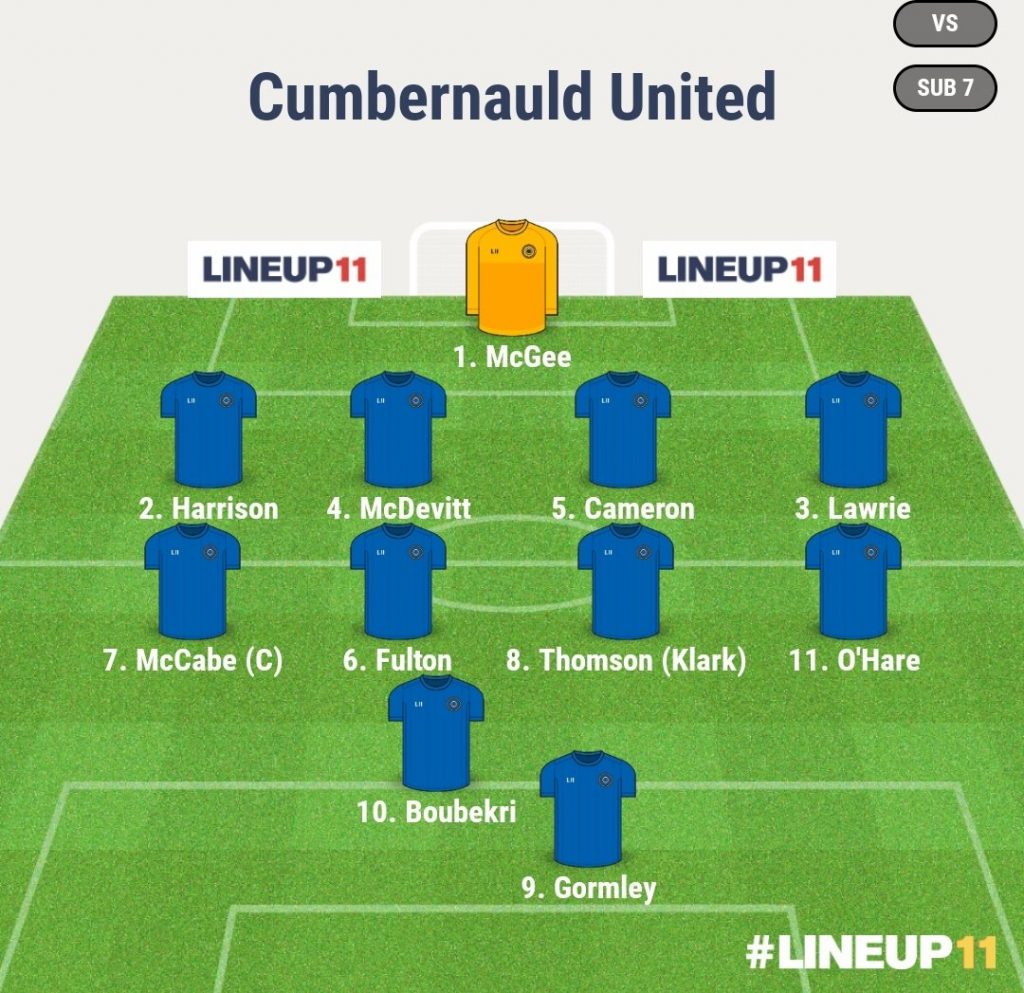 The ‘lok got back to winning ways last week with a 2-1 win away to Troon, goals from Dylan Dykes and Matty Grant sealed the win.

Cumbernauld are fighting to try and remain in the top division, they currently sit 18th in the table and have an uphill task if they want to avoid relegation, they do have six games still to play and could catch up, they are 13 points behind Largs in 14th and have 15 points remaining to play for, so defeat tomorrow would see them relegated.

Pollok have a good record against Cumbernauld and will be hoping that form continues. The last time the clubs met was in August last year, when the ‘lok ran out 5-1 winners courtesy of goals from Callum Graham x2, Bryan Wharton, Adam Forde and Josh Weir.

Pollok are on our travels once more this weekend in the WOSFL Premier Division as we head to Guy’s Meadow, Cumbernauld to face Kirkintilloch Rob Roy.
Last weekend would see Pollok involved in one of the most talkative matches of the weekend, in an enthralling 3-3 draw with league leaders Auchinleck Talbot. In the end Pollok were unlucky not to hold out for all three points with the eight men who remained on the pitch. The Pollok goalscoreers were Adam Forde and a double from the penalty spot for Ryan McGregor.
As the drama unfolded at Newlandsfield, Rob Roy faced a late call off as their match with Darvel was postponed due to the weather. The call off left Rob Roy sitting 11th in table with a record of 6 wins, 1 draw and 6 defeats, with 19 points in total. The goals have been spread around the Rob Roy team so far, Scott Walker leads the way with 4. Pollok remain in second place three points behind Talbot.
Rob Roy were formed in 1878, one of the oldest clubs in the WOSFL, the club were based at Adamslie Park for many years but have been sharing with Cumbernauld since 2014 as they await a new stadium in Kirkintilloch. The Rabs have won the scottish Junior Cup on 3 occasions, 1921, 1943 and 1962. Their last trophy was the Central League Cup in 2017. Former Pollok player Chic Charnley had a short spell at Rob Roy, as did Marvin Andrews, Stevie Chalmers, Joe McBride and George Young to name a few former professional players who have wore the red and black.

Pollok manager, Murdie MacKinnon gives his thoughts on the match ahead, “I anticipate a tough game against a youthful and well organised Rob Roy side. They have been in good form and have been picking up results along the way. Stewart will have them fired up and knowing him will have a well thought out game plan.

“It’s up to us to ensure that our standards remain high and that we go out and deliver on Saturday. We have set the bar in recent months and we can’t fall below that.”

Murdie has the task of fielding a strong team given the suspensions and injuries the club has faced recently.

“Of course there will be some changes to our team in light of injuries and suspensions but you won’t catch us complaining about that. We will make the necessary changes and be looking to go out and win the game.” Murdie said.

“We have good players at the club who are raring to go so there will be absolutely no excuses.

“I am again looking forward to what is always a very competitive game. Over recent seasons these games have been high quality and played in a great spirit on both sides.”

Please note that kick off for this match is now 1:30pm.

Pollok made it three unbeaten league games in a row after a 1-1 draw with Kirkintilloch Rob Roy at the latter named?s temporary home of Guys Meadow Stadium. Del Hepburn was first to threaten for ?Lok with a brace of sighters, neither of which troubled Michael McKinven in the Rob Roy goal. His strike partner Adam Forde was up next after a counter-attack from a Rabs? corner. The former Kilbirnie man lost his footing and was unable to generate enough power to beat McKinven.

Forde then came close when his free-kick grazed the outside of the upright before Kirkintilloch had their best chance of the half, Lee Gallacher firing wide from the edge of the penalty area. The visitors? took the lead in the 43rd minute, Bryan Young?s corner was met by skipper Paul Gallacher to bullet a header home, despite the best efforts of the Rob Roy defender on the line.

The opening effort of the second period saw the MacGregor?s restore parity. A long pass by Daniel Mackenzie over the top of the Pollok rearguard found Kevin Watt, who beat the advancing Jordan Longmuir to the ball and find the net with a deft finish. Pollok almost restored their lead immediately, but Gary McCann was denied by a superb fingertip save from McKinven.

Rob Roy then entered into their best spell of the game, Watt failing to find his second of the game when he dragged the ball past the post. Willie Sawyers then had a shot diverted wide for a corner before Gary McCulloch fired down Longmuir?s throat from 20 yards. Sawyers pounced on a short passback to cut the ball back, Watt letting it run through his leg?s to Shaun Fraser. Fortunately for those of a Pollok persuasion his connection wasn?t the cleanest, allowing Longmuir to gather safely.

?Lok?s best chance in the dying embers fell to Hepburn, who fluffed his lines after Forde had flicked Longmuir?s goal kick his way. The final goalmouth action saw Longmuir beat a Gallacher drive into the path of Robert Maguire at the edge of the area, alas his shot was something of the daisy cutting variety.

1st half from Davie Brown:

2nd half from Davie Brown: 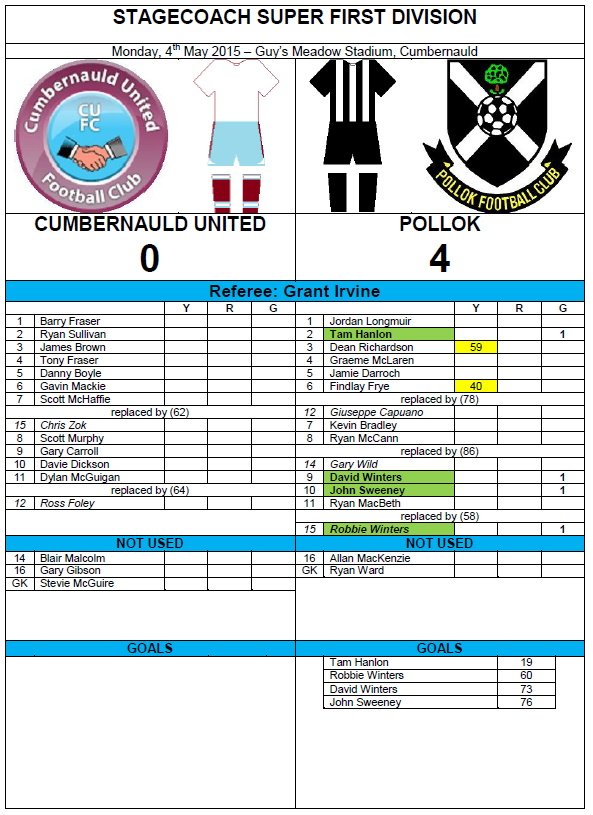