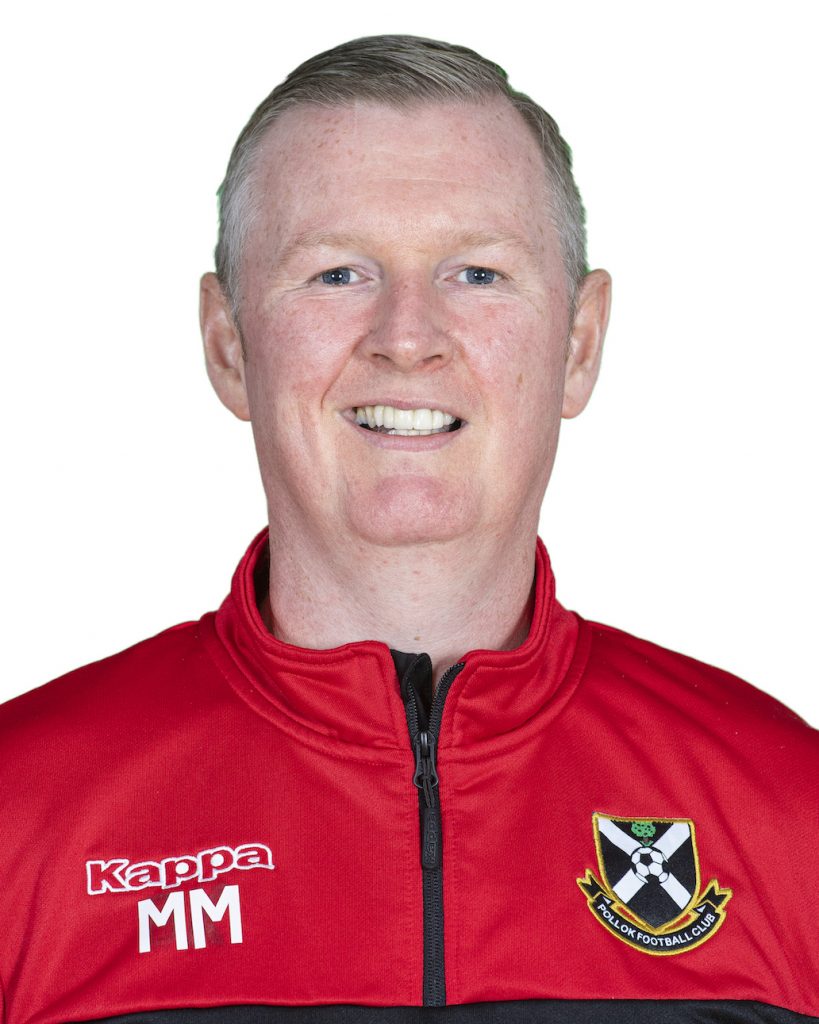 Having joined the coaching staff as assistant in June 2016, Murdie was promoted to the manager’s job upon the departure of Tony McInally in October 2018. After stepping up from Knightswood Juveniles, Murdie’s brief playing career took in stops at Rutherglen Glencairn and Benburb with a move into coaching coming soon after – coaching at youth level at Hamilton Accies and Rangers alongside his move into Junior level management in partnership with Stevie Rankin at Ashfield (2006-2013) and Irvine Meadow XI (2013-2016). He made the move to go solo when he took on the Blantyre Vics manager’s role in January 2016 which was his last position before joining up at Lok.