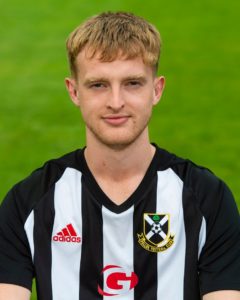 Central or right sided defender Tony initially joined Lok in April 2018 on a dual contract basis from Pollok United Soccer Academy where he captained the 19s. He made the match squad on a couple of occasions in the run-in to the end of the season. He is a hard-working and committed young player who had adapted very well to Junior football. He signed on a similar basis for the 2018-19 season, meaning he would also be eligible for the 21s, but it was announced in March 2019 that he has signed permanently for the Junior side through to the end of season 2019-20. He departed Pollok at the conclusion of season 2019-20 and subsequently signed for Kilwinning Rangers.