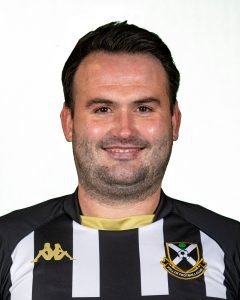 Striker Tommy joined Lok in October 2021 following over a decade with Linlithgow Rose. He previously plied his trade with Albion Rovers and Dumbarton having originally turned professional at 16 with Kilmarnock. Tommy, who netted 371 goals for the Prestonfield side over his 12 and a half seasons, has signed for Lok on a deal that takes him through to June 2023. Known as TC, he is the son of the former Dundee, Celtic and Motherwell striker of the same name. He departed for Gartcairn in January 2022.