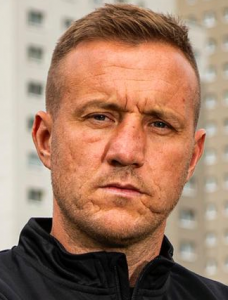 Central midfielder Stephen joined Pollok in August 2020 from Darvel. He has had a very long career in the Saturday and Sunday amateur ranks, with clubs such as Drumchapel United, Wellhouse (a Scottish Amateur Cup winner in 2013) and Colville Park especially, the latter two with whom he captained. He has also represented Scotland Amateurs.