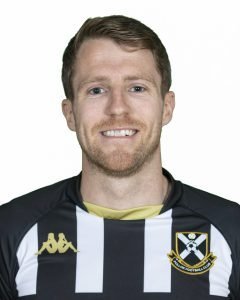 Central defender Paul joined Pollok from Queen’s Park in 2014 after spending six years in and around the 1st XI at the Spiders. Appointed captain of the side, Paul was a reliable figure in the heart of the Lok defence. He spent the “covid-season” loaned to Albion Rovers before it was announced in February 2022 that an injury sustained early in season 2021-22 brought the curtain down on his career.