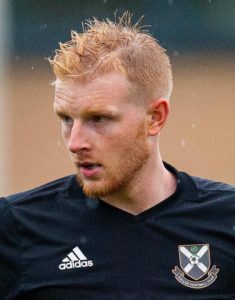 Pat joined Lok in August 2019 after spending pre-season and the early games as a trialist. He previously was with Pollok u21s as well as youth sides such as St. Cadoc’s YC, Giffnock SC and St. Peters Juveniles Giffnock North. He was loaned to St. Roch’s by Lok in September 2019 and to Yoker Athletic in January 2020 though was released a week later.