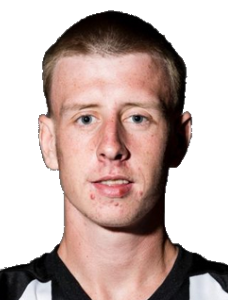 Left-sided player Michael signed for Pollok in August 2018 after a couple of appearances as a trialist. He was a product of the Partick Thistle youth system and spent three seasons full-time with the Firhill side. He spent time loaned out to East Stirlingshire in League Two and League One side Peterhead before transferring to Albion Rovers for 2017-18 where he was a regular in their matchday squad, but most of their squad moved on at the end of the season following a relegation and change of manager. For Lok, he has featured in the heart of defence, at left back and in left midfield. He joined Bo’ness United in November 2018 as part of a deal that took Josh Watt to Newlandsfield.