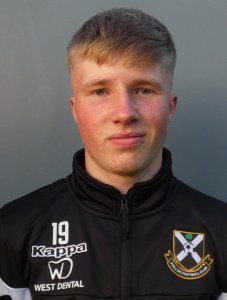 Linlithgow lad Luke joined Pollok’s U20 Development squad in July 2020 from the Airdrieonians youth system. He moved to Australia when he was 10 and played with Brisbane City there for two years before coming back to Scotland and soon after he signed up with the Diamonds. He also represented the West Lothian regional team from 2017-2019. He was released after the U20 side folded in March 2022.