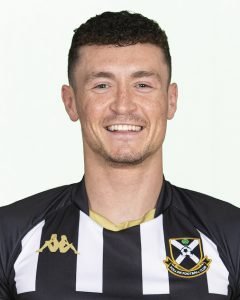 Forward Josh joined Lok from Barshaw AFC in January 2020. He had been loaned to Rutherglen Glencairn until March 2020, a move that was curtailed by the Covid-19 outbreak. His career pre-Pollok was focused around youth and amateur football.