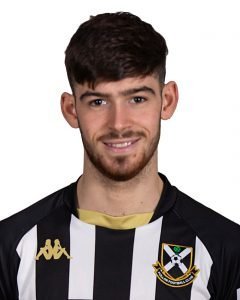 Striker Jordan signed for Pollok in October 2021 following his release by Bellshill Athletic. The Airdrie-based player began his career in the Pro Youth ranks with Stenhousemuir and also had a spell with Motherwell while still at school. His career in the semi-professional leagues began when he was 16 at Lanark United and was followed up with time at Gartcairn, Bellshill and very briefly Fauldhouse United whom he signed for in the pre-season of 2021-22. He returned to Bellshill at the start of the official season kick-off and netted 24 goals for the club. In joining Lok, he signed a two-year deal taking him to June 2023. Merely weeks after signing, he was transferred to Cumnock Juniors.