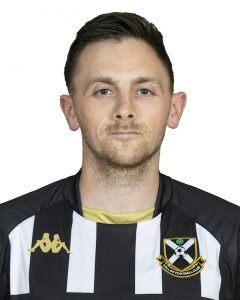 Right winger Gary stepped up to Junior level with Ashfield from north Glasgow juvenile side Arsenal B.C. Three seasons at Saracen were followed by three at Irvine Meadow before joining the Lok in the summer of 2016. He was also voted Player of the Year by supporters for 2017-18. Gary has also represented the SJFA in the Quadrangular tournament. It was announced in May 2020 that Gary had signed up again for the 2020-21 season.