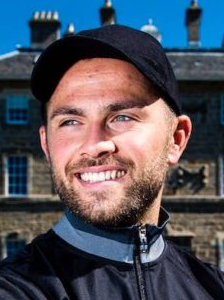 Right-sided defender Ewan came through the youth system at Rangers, signing as a professional with the Ibrox side in 2009. He spent his later time at Rangers loaned out to Airdrie United where he made six appearances, making his senior debut as a Diamond on 24th March 2012 at home to Arbroath. He then transferred to Norwich City and played for their U21 side across the 2012-13 and 2013-14 seasons. Upon his release, he came back north to Scotland, signing for Brechin City, making 18 appearances for City in League One. He then had single seasons with League Two sides Berwick Rangers, Clyde and Stirling Albion (104 league apps and 4 goals over those three seasons), before eventually signing a two year deal with Pollok in July 2018 though unfortunately he left the club during his first season.