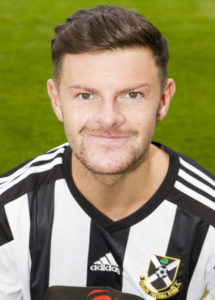 Forward Del, as he is known, joined Pollok from Vale of Clyde in the summer of 2015. He spent three years at the Tin Pail having stepped up from the U21s with Harmony Row. Del also had spells with Hamilton Accies and Partick Thistle at U17 and U19 level respectively. He left Lok in June 2018 after three seasons with the club.