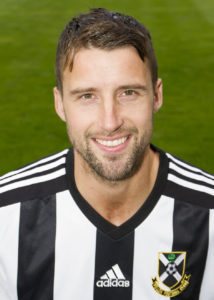 To date, Colin has spent all of his career at Junior level. He started out with East Kilbride Thistle before moving onto Shotts Bon Accord in 2011, helping the BA to Junior Cup success at the end of his first season at Hannah Park. He then spent a couple of seasons with Cumnock Juniors, joining Lok in the summer of 2015. Colin unfortunately missed all of the 2017-18 season but remained under contract with the club until the summer of 2019, at which point he departed.