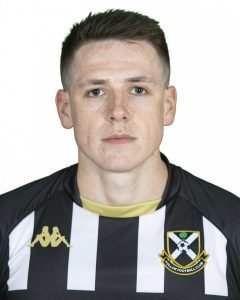 Centre forward Callum joined Pollok from Ashfield in April 2021 following the conclusion of the inaugural Covid-hit West of Scotland Football League season. He had a phenomenal debut season in the Juniors after stepping up from amateur football in 2019, netting 42 goals for the Possilpark-based side in 2019-20. His time in the Strathclyde Evangelical Churches League was also goal-laden, with 199 goals being netted in 5 seasons with Motherwell Kings.