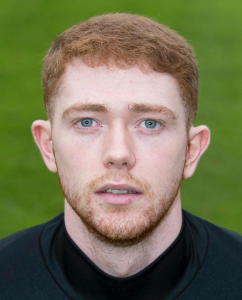 Forward Aaron signed on loan from Clyde in August 2018, leaving the club upon the expiry of that loan in January 2019. He began his career playing with various clubs in and around Barrhead and Paisley, getting a dream move to Clyde when he was 18, and went on to feature for the 1st team a number of times.