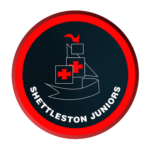 Att: 550
Pollok 5-0 Glasgow Perthshire
Scottish Junior Cup
Saturday 2nd December 2017, Newlandsfield Park
Pollok went nap in their Scottish Cup 3rd round replay against Glasgow Perthshire at Newlandsfield Park, defeating their visiting city rivals 5-0. The home side wasted little time in putting their opponents to the sword, Bryan Wharton heading home from a flag-kick in the 3rd minute.
Stuart McCann, who netted in the first game, got his name on the scoresheet again in the 21st minute with a thumping finish that left Chris Calder flat-footed. ?Shire were reduced to ten-men in the early part of the second period, Lee McLelland simulation deemed worthy of a second booking.
Two minutes later Nicky Prentice made the numerical advantage pay, finding space in the visitors? area to blast a third goal in from close range. The homesters were given a chance to atone for the previous week?s spot-kick woes when Stuart McCann was clipped by Calder. Stef McCluskey, making his return to action after a spell of inactivity through injury, sent Calder the wrong way to make it 4-0.
The scoring was completed in the 80th minute, the ball falling to Paul Byrne at the edge of the box to finish sumptuously in the postage stamp corner. 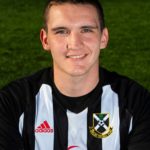 Towering central defender Dom joined the side in the summer of 2019 having spent the previous season turning out for both Pollok’s under 21 side as well as amateur team Castlemilk Dynamo in the Sunday leagues. He left Lok in October 2019 to re-sign for his former side Castlemilk, but rejoined Pollok on a one year deal in the summer of 2020. However, a change in work circumstance saw him depart in October 2020.