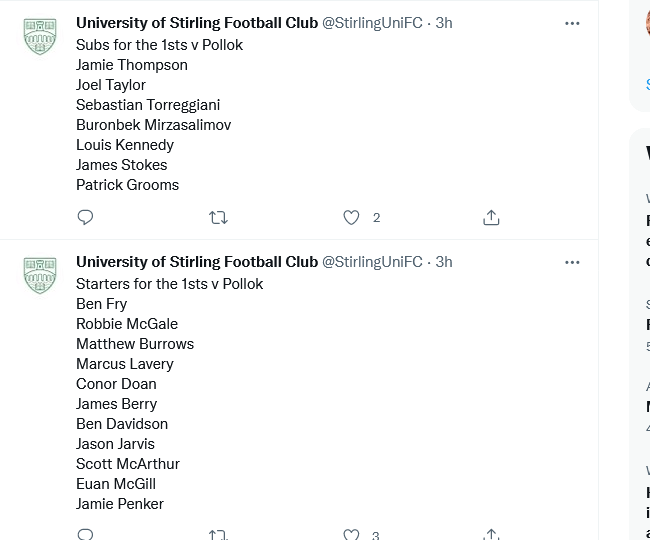 Pollok are back in South Challenge Cup action this weekend, with an away trip to face University of Stirling. The match takes place at Westfield Park in Denny.

This will be the first meeting between the clubs and will be a good test for Pollok coming up against a Lowland League team.

The University of Stirling Football Club were formed in 1969, they joined the Lowland League in 2013. In 2008 the students joined the East of Scotland First Division and won the league in 2010. In the same season they won the Scottish Universities Championship. In 2012, they won the East of Scotland Premier Division. The University side have won the South Challenge Cup in 2012 and the Lowland League Cup in 2014. They are currently managed by Chris Geddes.

This season sees the University sit 15th in the 18 team Lowland League, with a record of 7 wins, 6 draws and 14 defeats.

Both clubs go into the match having suffered defeats last weekend, Pollok going down to a late goal at Darvel while Stirling Uni went down 3-1 away to Celtic B team.

In the previous rounds of the South Challenge Cup, Stirling University dispatched of Burntisland Shipyard 3-1 and Gala Fairydean Rovers 2-0 both away from home then in the last round they beat Hurlford 2-1 at home.