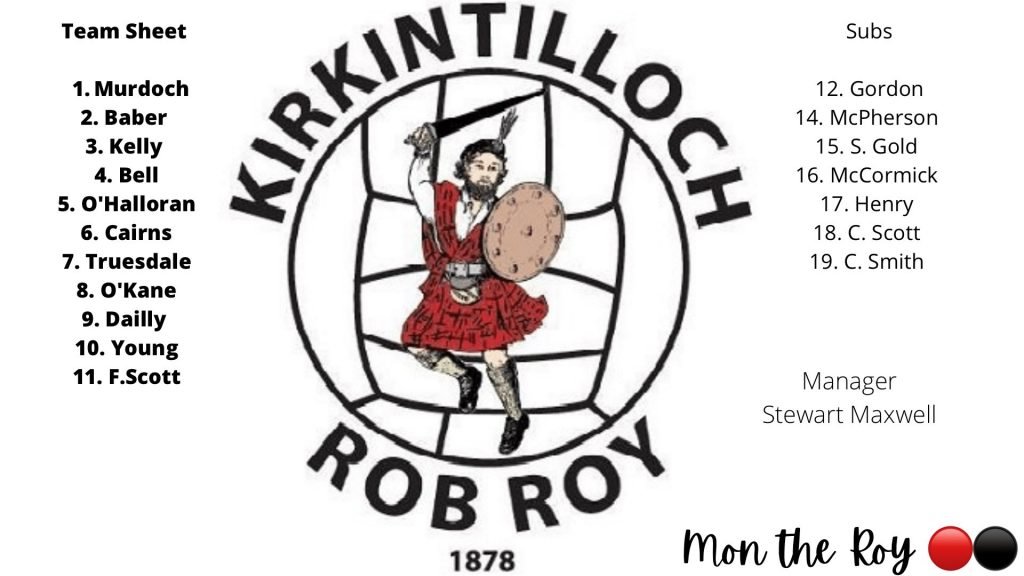 Att: 604
Kirkintilloch Rob Roy are this week’s visitors to Newlandsfield in the WoSFL Premier Division.
Pollok played midweek at home losing out to Clydebank 2-1, Rob Roy were also in midweek action losing out to the Darvel by the same score line.
Rob Roy are sitting 13th in table with 40 points and a record of played 31, won 13, drawn 4 and lost 14. In their last six games they have won three, drawn one and lost two. With potentially seven teams relegated this season, they are a place above the relegation spaces, three points ahead of Largs having played two games less, Glenafton who have also played 31 games and Kilbirnie Ladeside, who have played 37 and have an inferior goal difference.
Rob Roy were formed in 1878, one of the oldest clubs in the WOSFL, the club were based at Adamslie Park for many years but have been sharing with Cumbernauld since 2014 as they await a new stadium in Kirkintilloch. The Rabs have won the scottish Junior Cup on 3 occasions, 1921, 1943 and 1962. Their last trophy was the Central League Cup in 2017. Former Pollok player Chic Charnley had a short spell at Rob Roy, as did Marvin Andrews, Stevie Chalmers, Joe McBride and George Young to name a few former professional players who have wore the red and black.
Pollok have a good recent record against Rob Roy, with four wins and one defeat in the last five played between the clubs. Last time out, Pollok ran out 4-1 winners at Guy’s Meadow, a Stuart McCann double and goals from Jonny Lyon and Jordan Longmuir, yes that is goalkeeper Jordan Longmuir, sealed the win.