The highlights from Mark Donnelly: 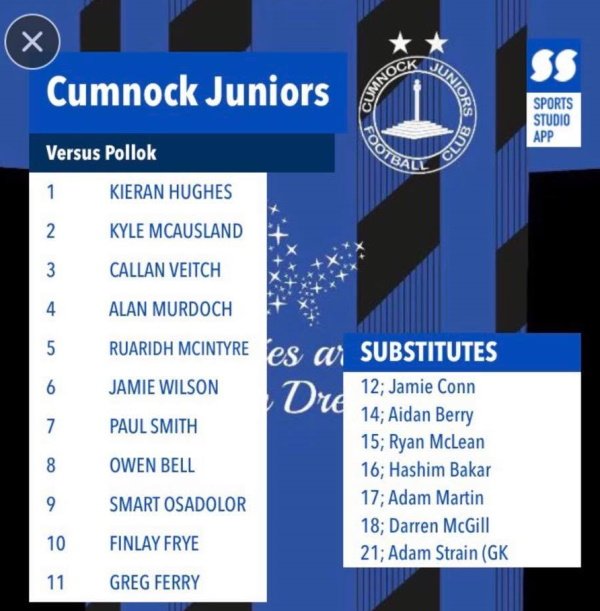 Photos c/o Ross MacDonald – today’s game saw Lok wear the red GMB Scotland strip in tribute to the much-missed Frannie McNeill as his family were sponsors and were presented with a jersey. Frannie’s son Paul McNeill, a prolific scorer for the side almost 20 years ago, presented Matty Grant with his Man of the Match award. The red strip contains a memorial to the great man himself. 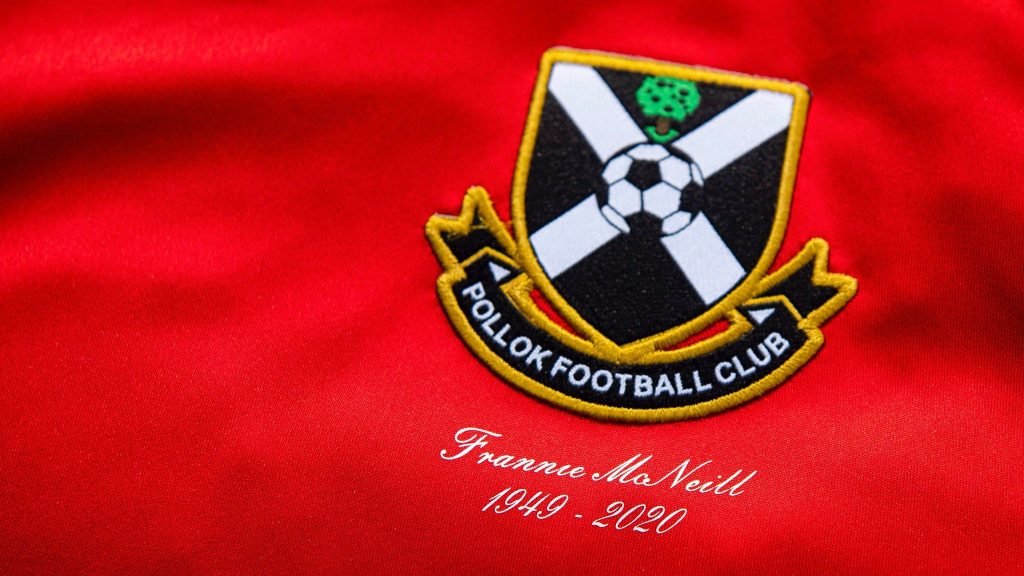 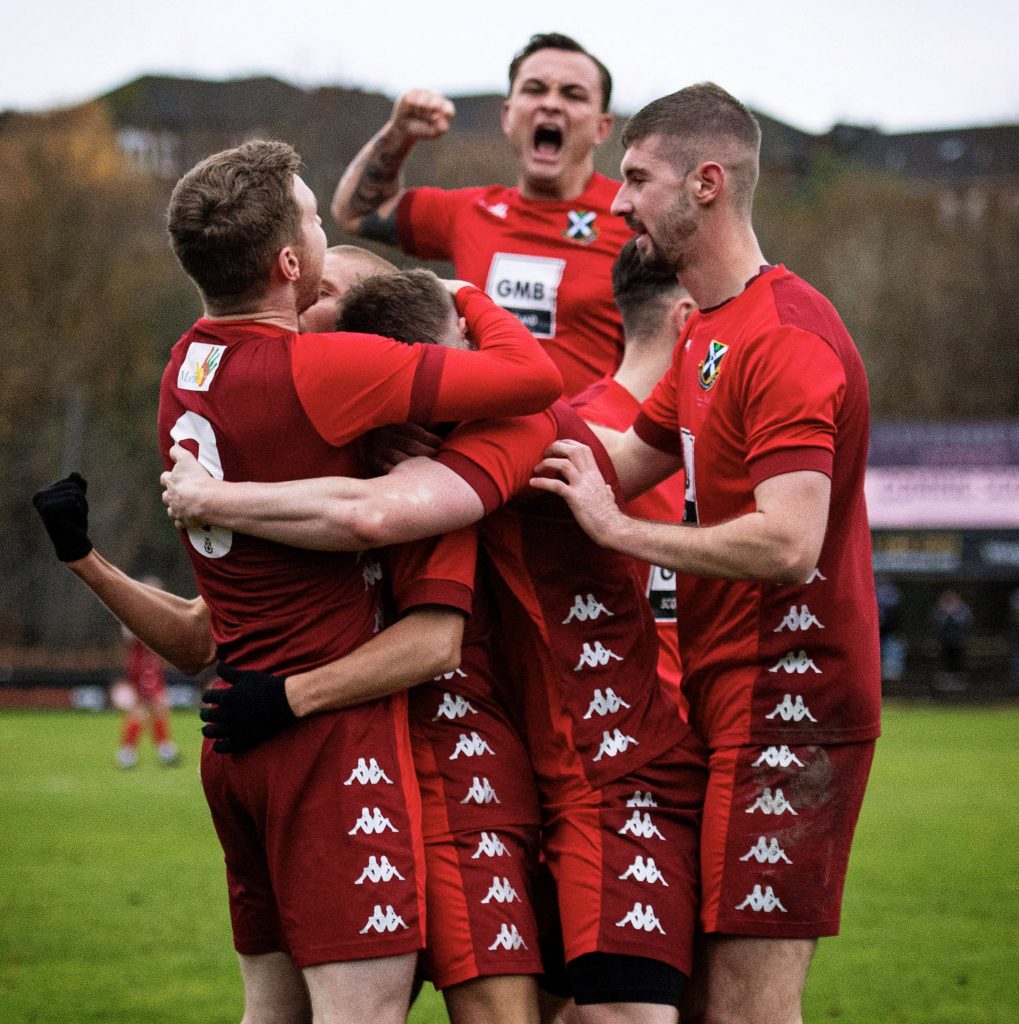 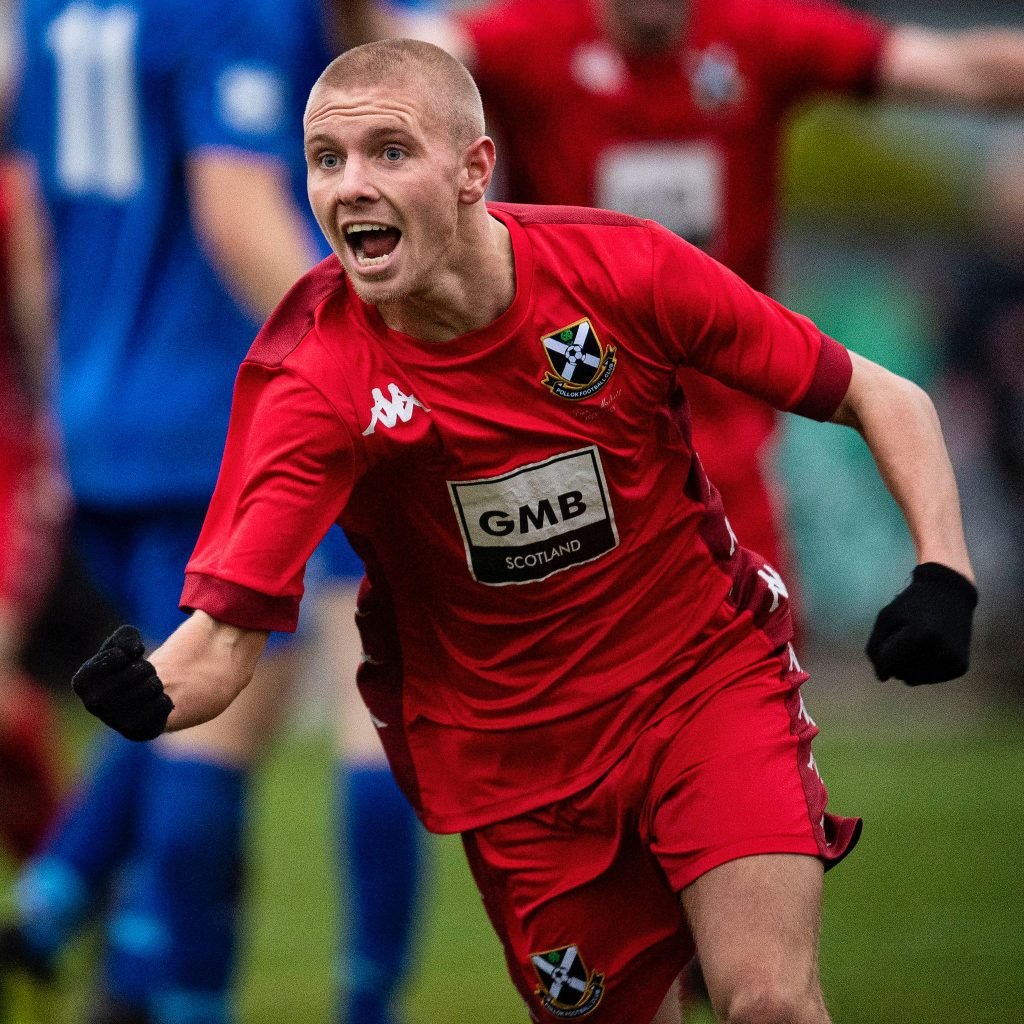 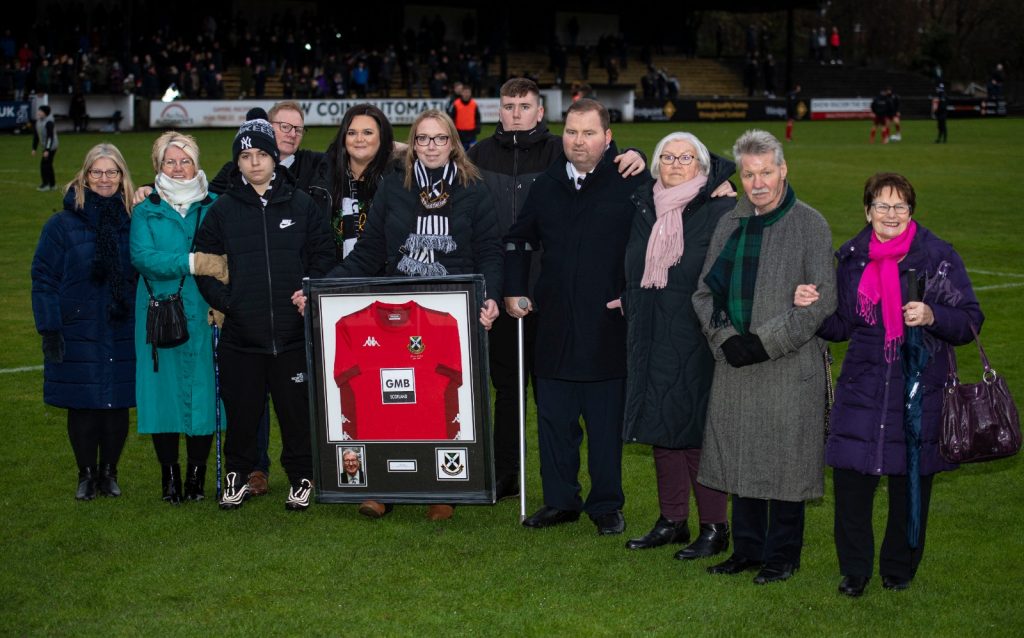 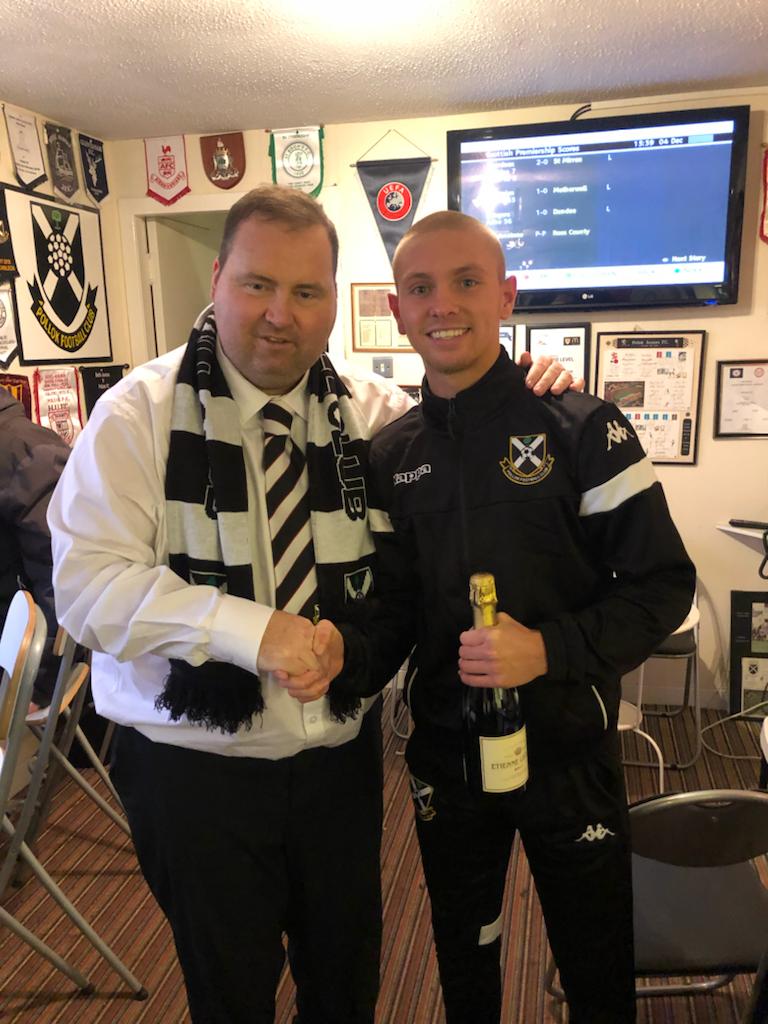 Pollok are back in WOSFL Premier Division action this weekend, with Cumnock the visitors to Newlandsfield.

After having a free weekend last week , the players will be raring to get back on the pitch. It seems like an age since we watched Bryan Wharton score a late winner against Harthill that put us in the next round of the South Challenge Cup. Adam Forde was the other goalscorer last time out as Pollok beat Harthill Royal 2-1.

The visitors were in action last week, incidentally in the southside, as they played Benburb at New Tinto Park, leaving Glasgow with a 2-1 win. Goals came from Ruaraidh McIntyre and Smart Osadolor gave new boss Brian McGinty, a former Pollok player, his first win in his first game as Cumnock gaffer. McGinty replaced former Pollok manager Tony McInally a couple of weeks ago. The Ayrshire outfit currently sit 12th in the table, with 8 wins, 1 draw and 10 losses in their 19 games so far.

The last meeting between the clubs was one of only two defeats the ‘Lok have suffered in the league so far, when we went down 1-0 at Townhead Park in August.

Pollok will wear our red strip this weekend as a tribute to the late, Pollok stalwart Franny McNeill. Franny played one season for the ‘Lok scoring 11 times in 17 appearances but is perhaps best known for his time behind the scenes of the club where he served as Match Secretary, Vice President and President. Franny’s family will be at the game as guests and all at the club would like to wish them well.

A reminder to supporters that the foodbank collection takes place before the game at the pavilion.