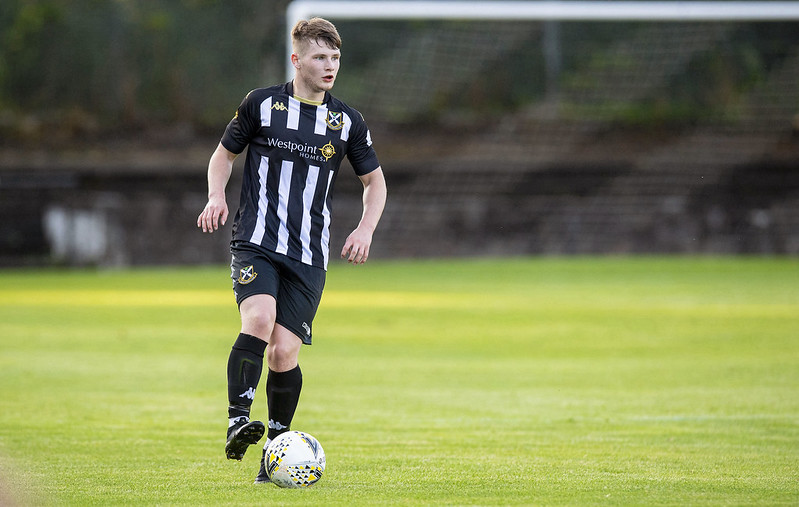 Pollok were in great form on Saturday when they won 6-1 against Rossvale at Petershill Park. Mark Sideserf opened the scoring on 5 mins, goals from Callum Graham and Adam Forde put Pollok 3-0 up at half time. Following the break Bryan Wharton, Shaun Fraser and Josh Weir added to the scoreline. All in all a good performance with six different scorers. Adam Forde scored on his 100th appearance for Pollok.

While Pollok were winning convincingly, Cumbernauld saw there game postponed due to an outbreak of Covid hitting the Darvel squad. United are currently 10th in the table, winning 3, drawing 1 and 2 losses. On their travels, Cumbernauld have drawn with Clydebank 2-2, beat Cumnock 3-1 and Troon 1-0 and a loss to Irvine Meadow 2-0.

The name Fulton is a well known name to all Pollok fans and a Fulton will be wearing Cumbernauld colours, as the late Norrie Fulton’s grandson Dale graces the Newlandsfield pitch. For those not in the know, Norrie scored the winner in the 1981 Scottish Junior Cup Final to bring the famous old trophy to Newlandsfield for the first time. Dale and his two brothers Jay and Tyler all followed their father Stevie in playing the game. Norrie passed away in 2015.

Cumbernauld have had a few former players also play for Celtic and Rangers, Lee McCulloch, Bobby Russell, Jackie McNamara Sr and one of the most famous Scottish players ever, Sir Kenny Dalglish had a loan spell in 1967-68 season.

The last meeting between both clubs was the Central League Cup Final in 2018 when goals from Gary McCann, Stuart McCann and Stefan McCluskey helped Pollok win 3-1 and win the trophy at Greenfield Park.