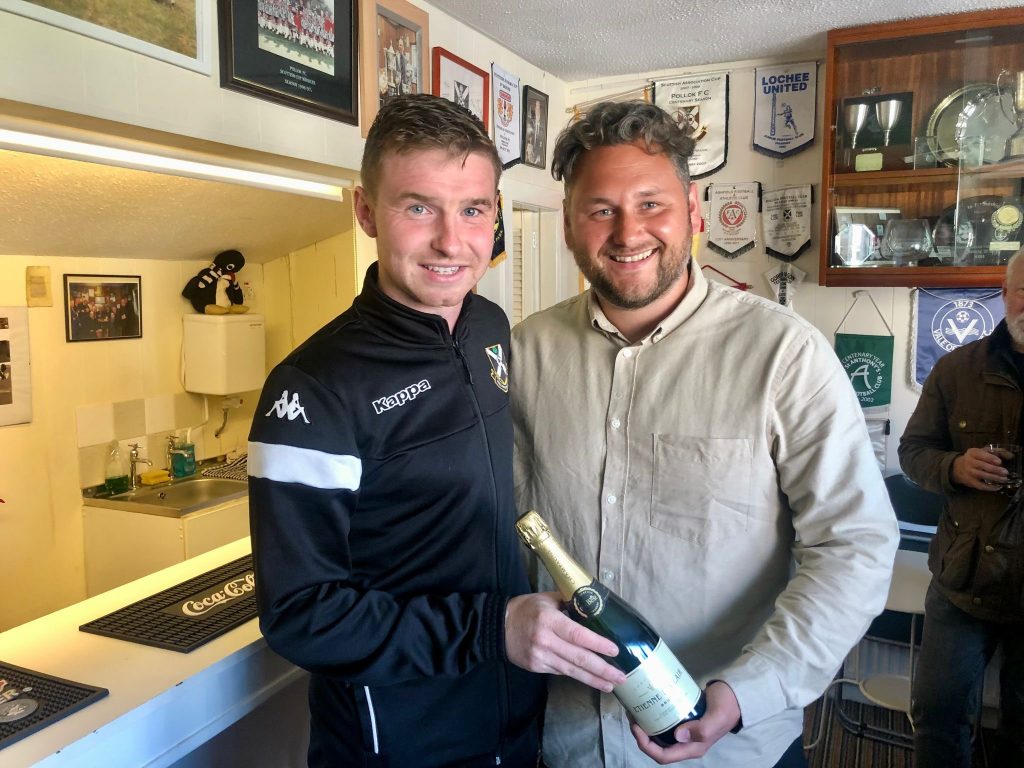 After last weeks 4-1 win over Clydebank at Newlandsfield, Pollok are again at home in the West of Scotland Football League Premier Division, this time with Auchinleck Talbot the visitors.
Talbot find themselves in the unusual position of 9th in the early league standings, with a record of two wins, a draw and a defeat from their opening four league games. Talbot opened their league campaign with a 2-1 win at Troon, followed by a 3-0 defeat at home to last season’s champions, Darvel. They returned to winning ways by beating Cambuslang, 1-0 away and then followed with a 1-1 draw away to Petershill. In the past two weeks the club has beaten Syngenta 4-2 away in the Scottish Cup and then last time out beat Rossvale in the Scottish Junior Cup by the same score line. They recently transferred Jamie Glasgow, who scored against Pollok last season.
Pollok and Talbot played three times last season, with a draw and two wins for Talbot. The corresponding fixture last season would see one of the most memorable games of the season when it finished 3-3 here at Newlandsfield. Pollok went into a 2-0 lead, only for Talbot to come back to 2-2, Pollok then took the lead again before Talbot equalised late in the game, Pollok had three players sent off and played the last 22 mins with eight players.
Talbot are one of the biggest and well known teams at this level, they have won the Scottish Junior Cup a record 13 times, the first in 1949 and last 2019. They were formed in 1909 and are managed by Tommy Sloan who has been at the helm since 2003.

Advanced tickets can be purchased online via Fanbase – BUY TICKETS

Supporters should note that strike action on the railways may affect your journey to Newlandsfield so please check the Scotrail site before you travel.