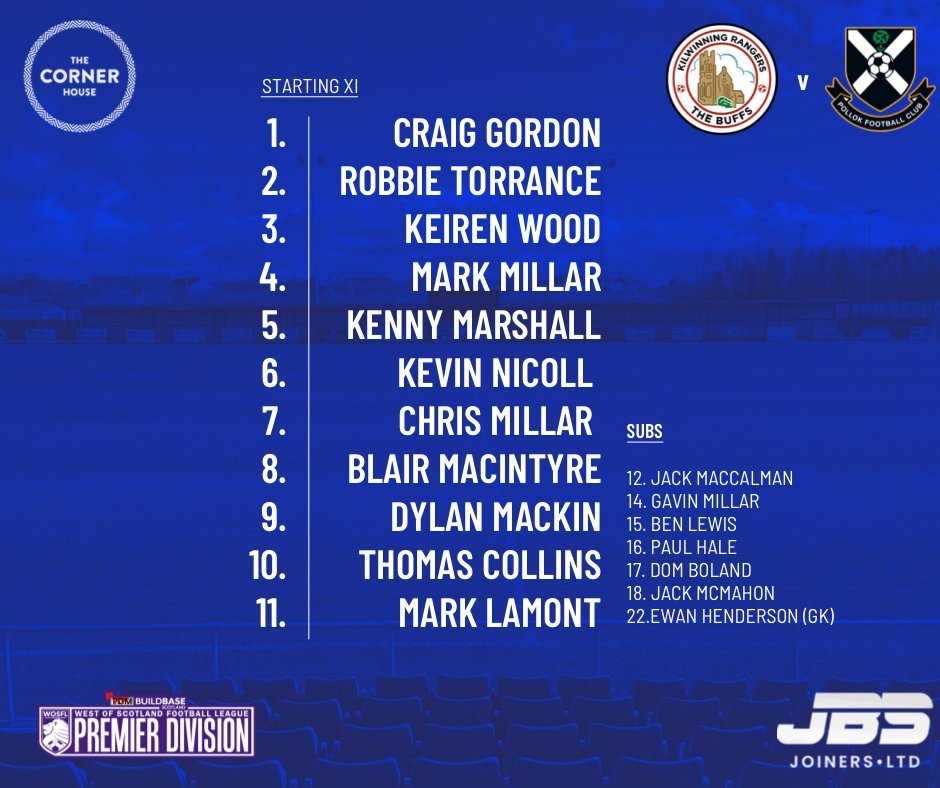 Pollok travel to Buffs Park to face Kilwinning Rangers in this week’s round of West of Scotland Premier Division fixture.
Kilwinning currently sit in 7th place in the league, having played five matches with a record of three wins and two losses. The Buffs come into the match on the back of a 2-0 away win over Largs Thistle. Kilwinning opened their league campaign with a 3-1 win away to Irvine Meadow, this was followed by a defeat at home to Troon and then away to Darvel. David Gormley’s men are undefeated since the Darvel loss, beating Rutherglen Glencairn 2-1, after a replay in the Preliminary Round of the Scottish Cup, followed by a 4-2 win over Tranent in the First Round the week later. A 2-0 win over Cambuslang at Buffs Park preceded the aforementioned win over Largs last week.
Kilwinning were formed in 1899, they became the first Ayrshire side to lift the Scottish Junior Cup in 1909, they would have to wait a hundred years to win it a second time, a 1-0 win over Kelty Hearts would see the trophy go back to Kilwinning.
The last match between the clubs, took place at Buffs Park on March 19th, resulting in a 2-0 defeat for Pollok. The record in the last five matches between both sides stands at three wins for Pollok and two for Kilwinning.