Both Irvine Vics and Pollok were ejected from the Scottish Junior Cup and fined £500 following a stoppage time abandonment. 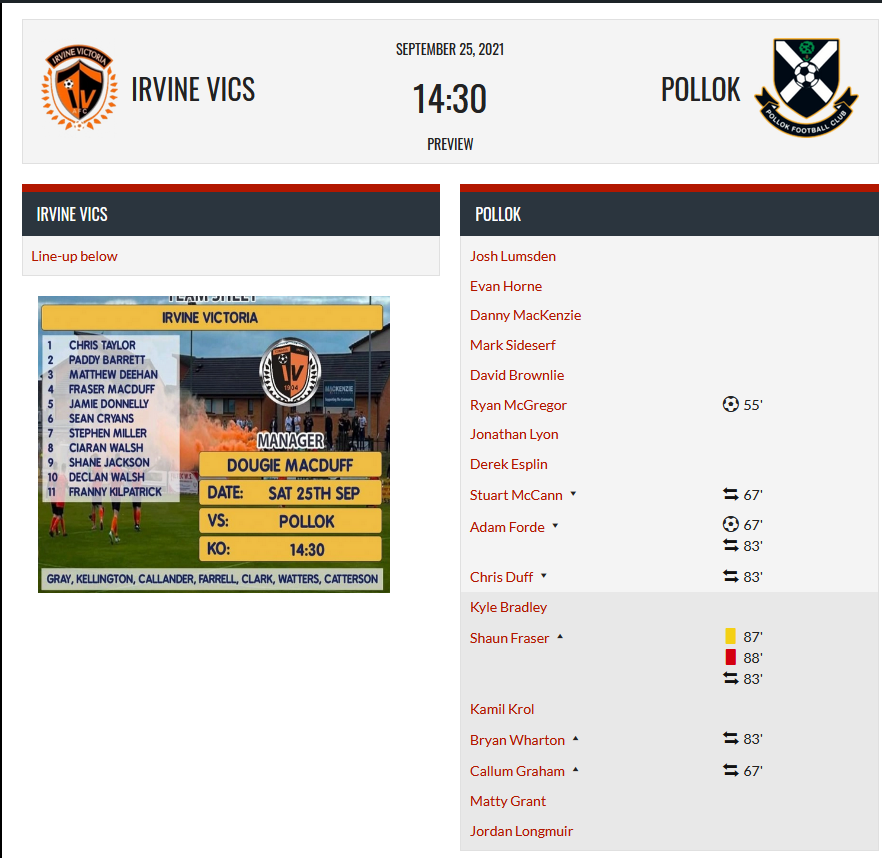 After a couple of good results in the league, Pollok travel to Victoria Park, Irvine for a cup game with Irvine Victoria.

The last round of the Scottish Junior Cup, would see Pollok put 7 past Maybole, this was the start of a five game win streak, including wins over Darvel, Clydebank and Kilwinning in the league.

Irvine Vics have not had a great start to the season, however they won their first game of the season at the weekend, beating Johnstone 3-1, goals from Sean Cryans and a double from Shane Jackson sealed boss Dougie McDuff’s first win as Vics manager having been appointed in June.

With that win, Vics have moved up a position in the WOSFL Conference A, now sitting 14th with a record of won 1, drawn 1 and lost 12, 20 goals scored and 45 conceded.

Irvine Victoria were formed in 1901, they joined the ranks of the juniors in 1904 with their colours being tangerine and black. The clubs last trophy was in 2014 when the became Ayrshire District League champions.

The last meeting between the clubs ended in a 2-1 win for Pollok in a league match on 9th May 2015 at Victoria Park in the West Super League First Division.