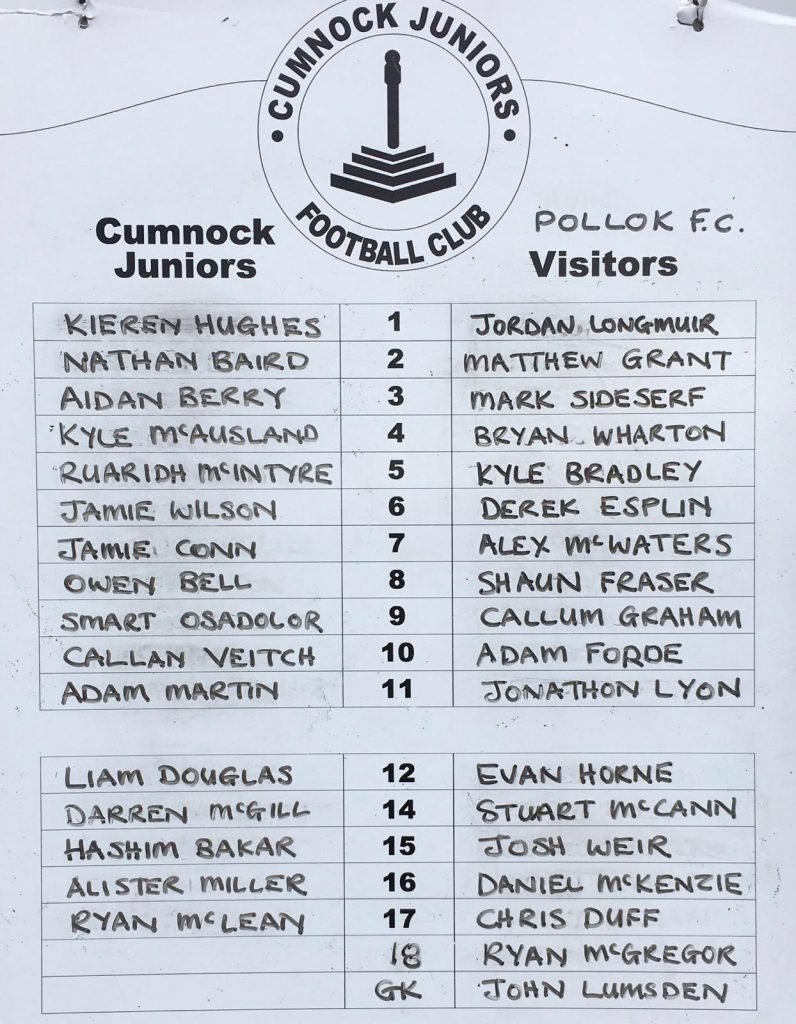 The Lok are on our travels to Ayrshire again as we head to Townhead Park to take on Cumnock on Saturday.

Wednesday night would see Pollok win 5-1, the third time in four home games we have recorded a 5-1. Four times we have scored five or more goals this season. Adam Forde scored his 60th goal for the club in his 101st match, a great record. A double from Callum Graham and goals from Bryan Wharton and Josh Weir were the other scorers, all four scorers scored on the Saturday previous against Rossvale too. The win moved Pollok into 4th place in the league with 19 points.

Cumnock currently sit 12th, with a record of 3 wins and 4 losses. Cumnock had the midweek off as their game with Darvel was postponed due to Darvel dealing with a covid outbreak. Their home record has been mixed so far, winning the opening game against Beith, followed by defeat against Cumbernauld and Irvine Meadow, who won 2-0 at Townhead last Saturday. Cumnock have picked up wins at Rossvale and Largs.

Formed a few years after Pollok, in 1912, Cumnock share our black and white stripe coloured home strip. They are also managed by our former manager, Tony McInally who left Pollok in 2018 after 5 years at the club. As McInally departed it offered his assistant Murdie MacKinnon the chance to take over and he will be hoping Pollok continue our fine form.

Cumnock have won the Scottish Junior Cup on two occasions in 1979 and 1989.