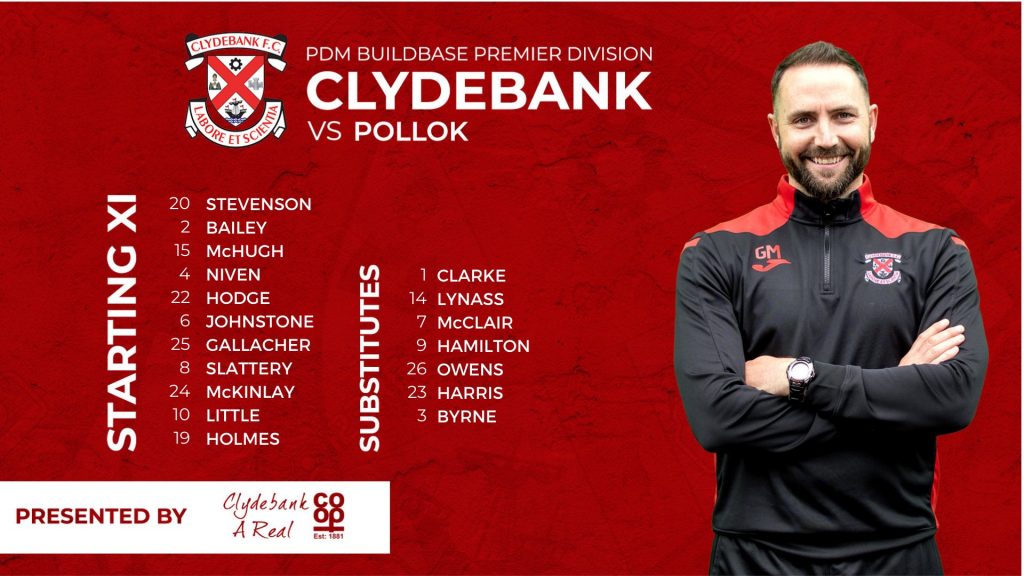 It’s another big weekend in the West Of Scotland Football League Premier Division. Not only are Pollok travelling to face second place Clydebank but it’s also the National Lottery Weekend where fans can gain two for one entry to all Premier Divisions game if they have a valid Lottery ticket for Saturdays draw.

Last weekend saw Pollok pick up a crucial three points at Newlandsfield in a hard fought encounter with Darvel, Josh Weir with the only goal of the game. We now take on a Clydebank team that have been in fine form this season.

Clydebank beat Bonnyton Thistle 4-1 down in Kilmarnock last weekend to remain unbeaten in the league, the Bankies currently have a record of 8 wins, 4 draws, 31 goals scored with 14 conceded. They sit a point off of leaders Auchinleck Talbot. The Clydebank goalscorers last week were a double for Hamish McKinlay, Nicky Little and Joe Slattery.

Clydebank joined the junior ranks in 2003 as fans secured the rights to the former Senior team Clydebank’s name and badge, after the senior team were bought over by Airdire United, since becoming Airdrieonians. Bankies fans will be hoping Gordon Moffat can lead them back to SPFL football following in the footsteps of their now defunct senior club.

Clydebank had participated in last seasons Premier Division before it was declared null and void and were leading after seven games. They reached the Scottish Junior Cup Final in 2009, going down to Talbot.

The last meeting of the clubs took place at Holm Park on 4th March 2020, when goals from Gary and Stuart McCann, Adam Forde and Iain Russel saw ‘The Lok’ leave with a 4-1 win.