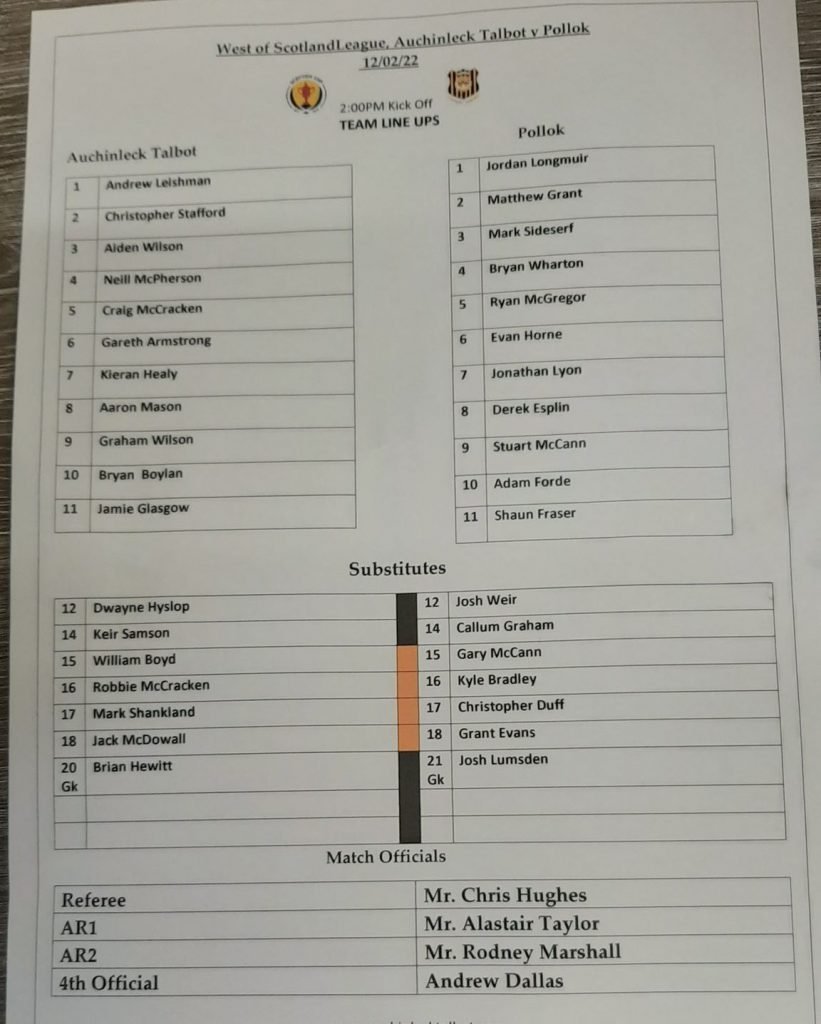 In arguably the biggest non league game of the day in Scotland, Pollok travel to face Auchinleck Talbot in a top of the table clash at Beechwood Park.

Both sides have been in good form this season and this could be a defining game in who goes on to win the league.

Last week, Pollok travelled to Clydebank in the South Challenge Cup, and beat the hosts 2-1, goals were from Ryan McGregor and Evan Horne.

Talbot’s match against Irvine Meadow in the South Challenge Cup was postponed, giving Talbot a free weekend after a busy run of Cup games. Talbot have 5 matches in hand, with Pollok 11 points clear. They have a record of 17 wins, 3 draws and 2 defeats in the league so far.

If the game is anything like the last meeting then neutrals and fans alike will be in for a treat. On October 2nd, last year, the clubs fought out a 3-3 thriller. Pollok raced into a 2-0 lead, goals from Forde and McGregor before Evan Horne was sent off on 35 mins. Talbot then came back to make it 2-2 at half time. McGregor then scored a penalty early in second half, only for Brownlie and Forde to see red with 20 minutes to go. Talbot equalised in the final minutes. As the 8 men in black and white held on for a point.

Beechwood Park will have segregation in place for Home and Away supporters. Pollok fans should park in Highouse Industrial Estate and should enter ground through Gates 6 and 7. Alcohol and Pyrotechnics are prohibited and only guide and assistance dogs will be allowed in ground. 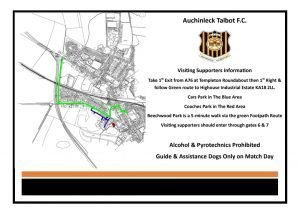