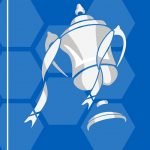 The South Challenge Cup 3rd Round (last 64) will be drawn this Thursday evening (21/10) at the East of Scotland league’s board meeting. The numbers of all clubs are below:

Pollok are delighted to confirm the signing of striker Tommy Coyne from Linlithgow Rose. The prolific hitman has bagged over 300 goals for the Rose since signing in July 2009 and was part of the 2010 Scottish Junior Cup winning side. Coyne came through the ranks at Kilmarnock and also counts spells at Albion Rovers and Dumbarton in his career.

Speaking to pollokfc.com, ‘Lok manager Murdie MacKinnon had the following to say;

I have been looking to add another striker to the squad for some time but importantly that option had to be different to what we have.

Tommy has the attributes that I was looking for. His ability to link the play and bring others into the game is terrific. Ultimately, Tommy has built a fantastic career on being a goal scorer. He is a natural finisher. Tommy also brings a wealth of experience that he can share with his team mates.

When we discussed the possibility of him joining the club, he emphasised that he feels that he still has plenty to offer.

I am delighted to welcome Tommy to the club and wish him every success at Pollok FC.

Tommy is of course no stranger to bagging a goal at Newlandsfield, having most recently scored against the Lok in pre-season of 2019-20.

The highlight of many a Lok supporter’s social calendar, the Sporting Dinner, has been confirmed to take place on Friday 26th November.

Once again one of the funniest men in our phonebook, Bill Copeland, will chair the evening and we welcome back a few familiar faces of dinners past. Firstly, a man that many of us have ‘politely’ shouted at, ex-whistler Willie Young will join us alongside Dundonian impressionist Paul Reid, who had us in stitches a few years ago.

The evening will take place in the Newlandsfield Suite at Loks Bar & Kitchen with tickets costing £35 per head. The evening always sells out very quickly, so round up the troops and secure your tickets by getting in touch with Campbell MacLeod on 07778 680912 or by email at [email protected] The draw for the preliminary and first rounds of the Kilmarnock Pie West of Scotland Football League Cup took place this week, and Lok were late out the bowl, being drawn at home to WOSFL new boys Campbeltown Pupils.

Pupils, as the badge below denotes, formed in 1919 though with the fuller name of Campbeltown Grammar School Former Pupils. The first 20 years of their existence was in Junior football, as members of the Campbeltown & District JFA, though they ceased playing at that level in 1939. World War II in fact saw the end of the club for a number of years, though they began playing friendlies in the late 1950s and joined the Kintyre Amateur FA in 1961, as Campbeltown Former Pupils AFC.

Pupils joined the Scottish Amateur Football League in 1977, and won multiple promotions early on and in 2000 won the top division title for the first time. They then merged with SAFL rivals Cambeltown Boys AFC in 2011 to pool resources in the town and establish a pathway for young players to progress through youth football to the 1st team.

They made the leap back into semi-professional football by being admitted to the West of Scotland League Division 4, a set-up that does not have promotion to the leagues above (to be formed from the conferences at the end of 2021-22) but will admit members to the new Division 3 once all criteria have been met.

They play their home games – and unfortunately for Pollok there is no trip there this time – at Kintyre Park, a venue that another Junior side, Cambeltown United, managed to fit 3500 people into for a Junior Cup tie in the 1950s.

You can learn a bit more about what it is like to be a Campbeltown Pupils footballer by watching the following clip from the BBC’s A View From The Terrace.

You can also read a fuller history of the club here.

All at Pollok Football Club were saddened to learn of the recent passing of Hugh McDonald. Hugh arrived at Pollok in May 1990 as a member of the backroom staff of new manager, Tommy Reynolds.

In his three years at Newlandsfield Hugh played an important role as ‘Lok picked up one league championship, one West of Scotland Cup and two Sectional League Cups. The thoughts and prayers of all at Pollok F.C. are with Mr McDonald’s family and friends at this sad time.

A quiet afternoon at Holm Park for Lok supporters to catch up on – footage courtesy as always of Mark Donnelly!

Tonight’s game with Benburb has been postponed due to unforeseen circumstances.

In a week of changes, defender David Brownlie comes into the club as five players bade their farewell. David, a central defender, signs from Linlithgow Rose on a three-year deal. He spent his schoolboy career with Queen’s Park and Rangers, signing professional with the latter in January 2013. He departed Ibrox without featuring for the first team in 2016, shortly after joining Ross County’s U20 set-up. While in Dingwall, he was loaned out to Elgin City and made his senior debut for the Black and Whites on the 28th January 2017 in a 3-1 win over Edinburgh City.

His second senior appearance was also memorable for him, ending with an 81st-minute red card at Forfar. All in all, he made 13 appearances for the Borough Briggs men.

David then spent 2017-18 and 2018-19 on the books of Airdrieonians and Stranraer respectively, playing regularly for both sides and accruing 54 appearances and 5 goals in League One between them. He spent the ultimately covid-hit 2019-20 season at East Kilbride and again was a regular, this time at Lowland League level where he made 31 appearances and scored twice in all competitions. He transferred to East of Scotland League side Linlithgow Rose in July 2020, making 12 appearances and scoring twice in all competitions for them.

Speaking to the PFC website today, manager Murdie MacKinnon welcomed the new arrival: “I am delighted to welcome David to the club from Linlithgow. He is a top player who has the ability and natural leadership skills that will improve us on the pitch. His attitude to the game is excellent and he is a great professional.”

“During our initial discussions he expressed a desire to join us at Pollok and a hunger to win trophies. That’s what any manager wants in his players. We look forward to seeing David on the pitch in the near future.”

“I thank Linlithgow Rose for the professional way that they handled this transfer.” 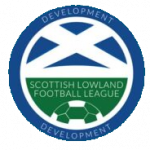 It can be confirmed tonight that three current Development team players have departed the club this week – Fraser Lee, Alex Quinn and Leroy Smith have all moved on. Sean Borland can also be confirmed to have left the U20s after picking up a long-term injury before the season began. The players leave with the club’s best wishes for the future.

All at Pollok Football Club were saddened to learn of the recent passing of two stars of the 1950’s, Baxter McLelland and Peter Lockhart.

Goalkeeper Baxter spent four seasons at Newlandsfield between 1951 and 1955, the club reaching the quarter-finals of the Scottish Junior Cup in his first season where they lost out to Camelon.

The highlight of his ‘Lok spell came on 29th May 1954 when he kept goal as Pollok lifted the Glasgow Junior Cup at Celtic Park, St. Roch’s being defeated by the odd goal in five.

In recent years Baxter was still a regular attendee at the ground, cheering on the team from the terraces.

Midfielder Peter joined ‘Lok for the 1957-8 season, a campaign which ended memorably for Pollok. On the final day of the season, 21st June 1958, the club found themselves due to play in the final matches of two separate cup competitions, the Erskine Hospital and Glasgow Junior Charity Cups.

A 3 o’clock kick off at Benburb’s Tinto Park saw Clydebank defeated 6-2 in the Erskine final, while at 7.15pm at Shettleston’s Greenfield Park Maryhill Harp were waiting in the final of the Glasgow. Despite the afternoon’s triumph, and the evening match going into extra time, ‘Lok secured their second trophy of the day with a 6-4 win. Peter played in both matches and scored in the latter.

Like Baxter, Peter, until recent years, could be found down Newlandsfield way spending many a happy hour in the Social Club with those other much-missed figures, Messrs Tait and Shaw.

The thoughts and prayers of everyone at Pollok Football Club are with the friends and families of Mr McLelland and Mr Lockhart at this sad time.