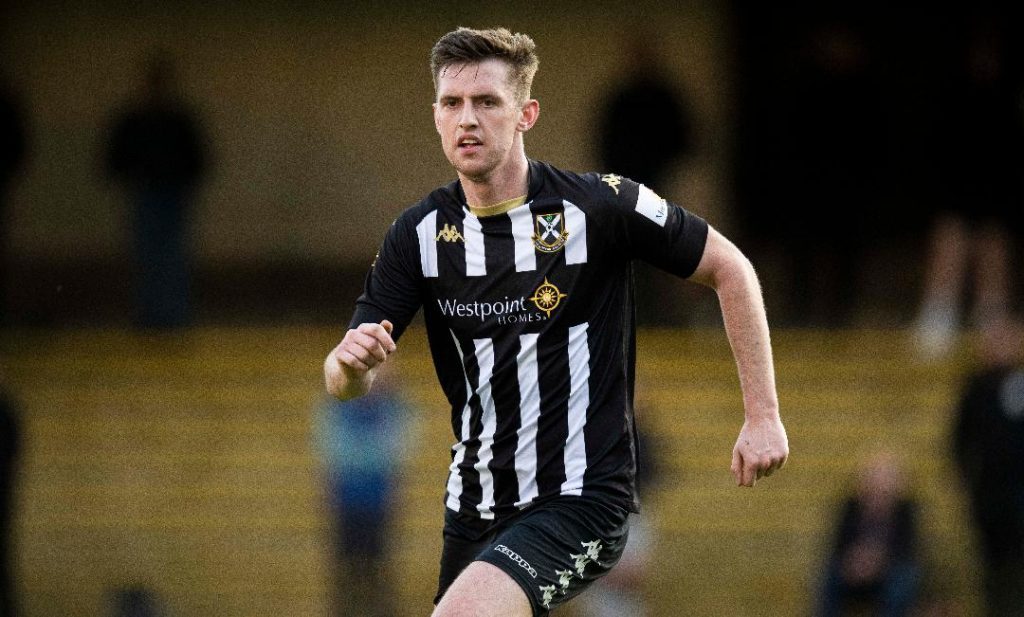 It can be confirmed today that Dylan Dykes has left the club to rejoin St. Cadoc’s. He originally joined Lok from St. Cadoc’s in March 2022, making his debut against Hurlford United and his first goal for the club arriving from the penalty spot at Troon a month later. In total, Dylan started 13 games for the club, came off the bench a further 3 times and scored four goals. Dylan had a serious health scare in the autumn that saw him take a sabbatical from playing, meaning that his last competitive game for the club came at Buffs Park against Kilwinning Rangers.

Speaking to the PFC website, manager Stewart Maxwell said: “I would just like to wish Dylan all the best. I’m sure he will be a big success in St. Cadoc’s promotion bid.”

Captain David Brownlie was sad to see his teammate move on. He told us “I’ve known Dykesy since I was 15 and got nothing but good words to say about him.”

“His mentality and postive attitude after receiving his diagnosis, from the outside you’d never know he was suffering from such a serious illness but his personality got him through the tough times and helped us as a team come together to beat Annan in the Scottish Cup.”

“I wish him all the very best in his next steps for his career.”

All at Lok wish him well for the future.