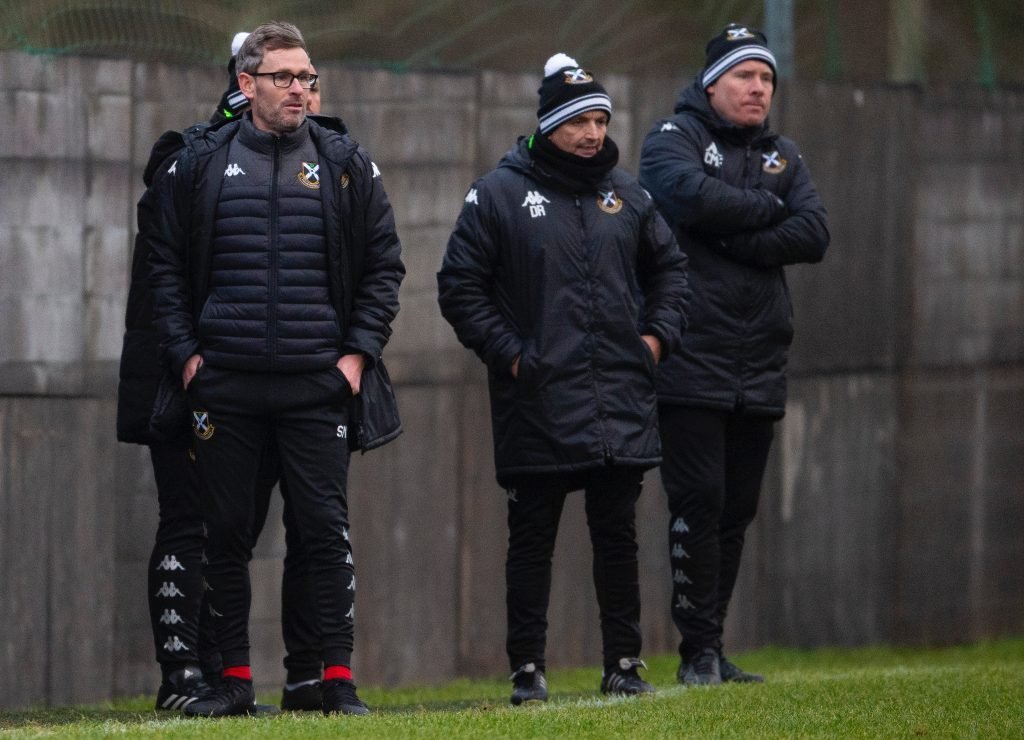 With Stewart Maxwell now comfortably in post at the club, here’s the rundown on his backroom staff and Maxi’s overview of each:

Chris McFadyen: A striker in his day, assistant manager Chris was an opponent against Lok on a number of occasions over the years when playing for Maryhill and Glencairn in the 1990s/early 00s, but the ‘back nine’ of his career was spent in the East Region with Camelon, Bathgate, Bo’ness United and Linlithgow Rose. He wound down his playing days at St. Roch’s, and was on their coaching staff when he first joined the Rob Roy set-up. “Chris has been by my side for seven years – he has great experience at this level and is both a brilliant coach and a level-headed person.”

Derek Rhoddan: Derek is the new coach at the club, and arrives at Lok from Benburb where he held a similar position. He had a playing career that involved stops at Dundee, Neilston, Arthurlie, Ards, Largs Thistle and Beith. It was at Bellsdale he began his coaching career in the late 2000s, and had a long association with them until being appointed assistant manager at St. Cadoc’s in April 2020. “Derek is another coach with terrific experience at this level and was a highly successful coach spell at Beith. I went through my UEFA badges with Derek. He is organised and professional attention to detail is what he brings to the table.”

Brian McNeil: Goalkeeping coach Brian arrives from Rob Roy where he had assisted Maxi for the past seven years.“He has great experience, sets high standards and is an excellent, loyal coach.”

Coach/data analyst Ryan Dakhil remains in his role from before.“When we came in Ryan was part of the old coaching staff. He is enthusiastic and his great personality was there for all to see. I’ve a history of giving young coaches an opportunity and I am delighted that Ryan’s on board – he loves the club and is desperate for success.”

Behind the scenes, Martin Ferry and Des Roache join as the club’s chief scouts. Martin and Des formed the Kilbirnie Ladeside management team from April 2020 until August 2021, while their careers prior to that had taken different directions – Martin an experienced manager with Renfrew and Junior player prior to that, while Des was a ‘senior list’ referee from 2005 until 2015, the last five years being at Category One standard.