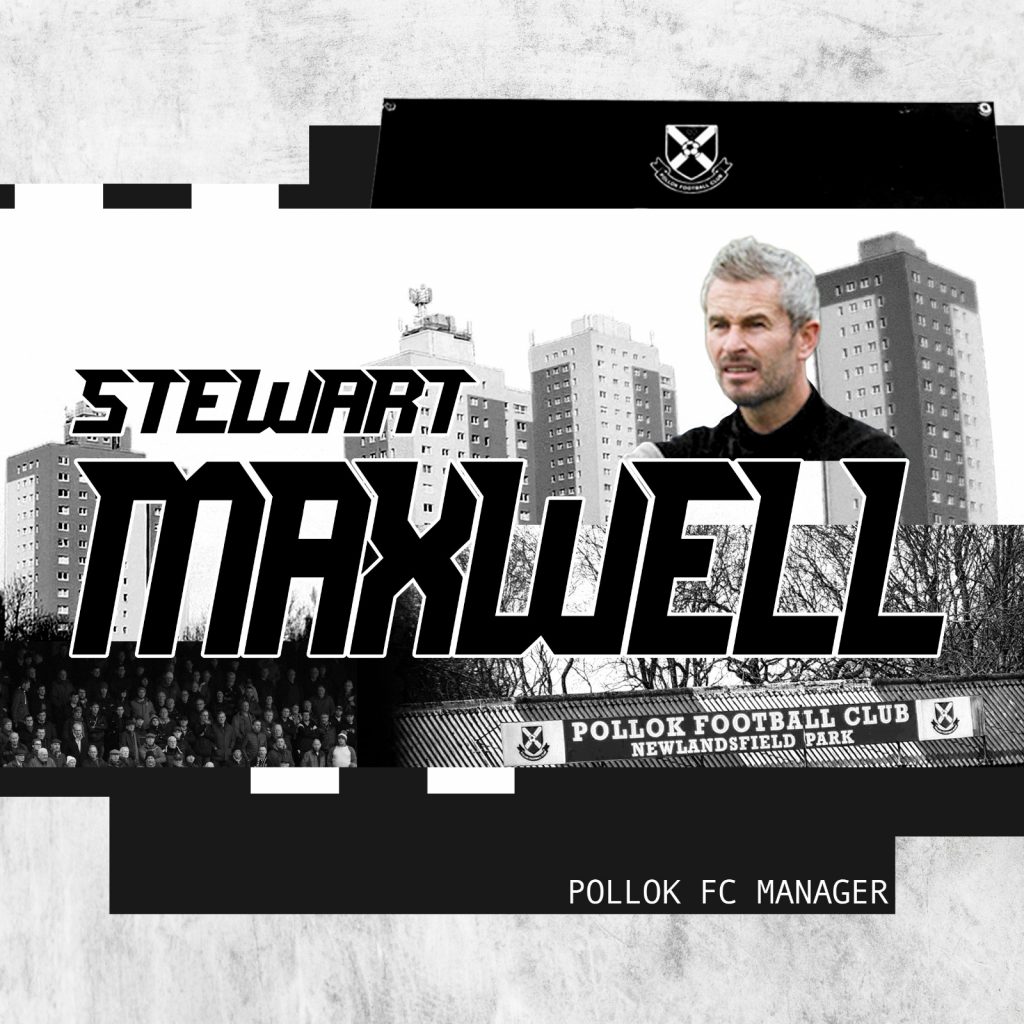 Pollok FC are delighted to confirm Stewart Maxwell as our new manager. The 46 year old takes charge immediately and will be in the dugout at Somerset Park for our historic Scottish Cup tie against Ayr United on Monday.

After an eighteen year playing career that included stops at Cambuslang Rangers, Linlithgow Rose, Bathgate Thistle, Kilwinning Rangers, Petershill and Kirkintilloch Rob Roy, it was with the latter that he began his coaching career in 2014. In his first season in charge, he took the Rabs up to the SJFA West Premier Division, as they were promoted alongside champions Pollok.

Since then Rob Roy have been an ever present in the top flight, and Maxwell has not only kept Rob Roy in the division but challenged for league positions beyond expectations. His standout season will undoubtedly be the 2016/17 campaign, where Kirky finished second in the SJFA West Region Premiership and took home the Central Sectional League Cup – beating Pollok in the semi-final and Shettleston in the final.

In the 2021/22 West of Scotland Premier Division, Rob Roy were expected to struggle with up to seven teams being relegated, but a late surge ensured that they would remain in the top flight as they won seven of their last eleven games, securing a ninth place finish.

Maxwell’s time at Rob Roy will be known for bringing young talent and playing exciting football.

The new gaffer said it is ‘an honour and privilege to become manager of Pollok FC’ and that he hopes to bring ‘a style and passion that is expected, and keep progressing this massive club forward.’

Pollok FC Vice-President Jeff Hunt had this to say:

‘We are delighted to have appointed Stewart to the role of manager. We are confident that in Stewart, we have a manager who has the experience, passion and drive to take this club forward and bring us the success that the fans deserve. Pollok are a club who should be winning trophies, and Stewart joins us with that expectation.

Stewart comes in at a time when we are about to play the biggest game in our history, and he will be looking forward to putting his ideas across to the playing squad. He will have the full support of the club to ensure he is able to deliver this success’