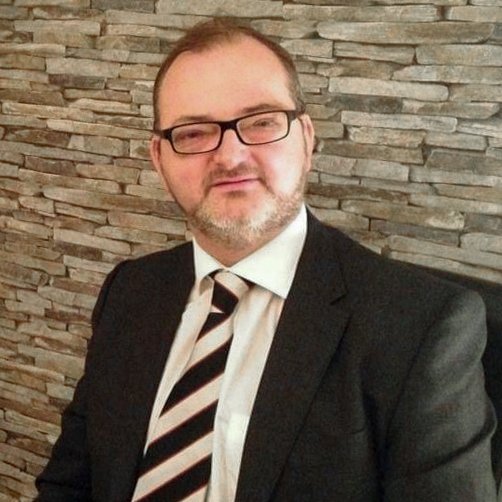 It is with tremendous sadness that the Club inform the Pollok family of the passing of recent past President Stuart MacDonald far too early at age 60.

Stuart spent almost 5 years from 2014 to 2019 either as Vice-President or President of the Club. Such service reflected the dedication and devotion that Stuart felt for the Club he had supported from childhood.

When he attended the West of Scotland Cup Semi-Final against Hurlford on the 4th June it was his 1,800th Pollok match. He was determined, despite his poor health, that he wasn’t going to stop at 1,799.

Unfortunately, that match was to be his last as he passed away only weeks later.

When Stuart took up the role of Vice-President for a few months at the beginning of 2014 it was because he knew that the Club was experiencing difficulties both on and off the pitch. Not content with taking up that role he also brought his accountancy skills to the fore to fill the role of Treasurer as well. He felt a sense of duty to do whatever he could to guide the Club through that difficult period. He did exactly that and we are forever grateful that he contributed so much.

Our thoughts are very much with all his friends and family. His wife Jane provided great support to Stuart and his son Ross, who cut his teeth as a Sports Photographer as the Club photographer, a role which he has gone on to pursue professionally, shared their husband and father’s love of the Club.

Despite having attended so many matches, Stuart could recall detail from just about any of them and would share amusing anecdotes from seasons past.

Ultimately Stuart was one of the greatest fans the Club has ever had and he will be greatly missed.

For those wishing to pay their respects, the funeral arrangements are: