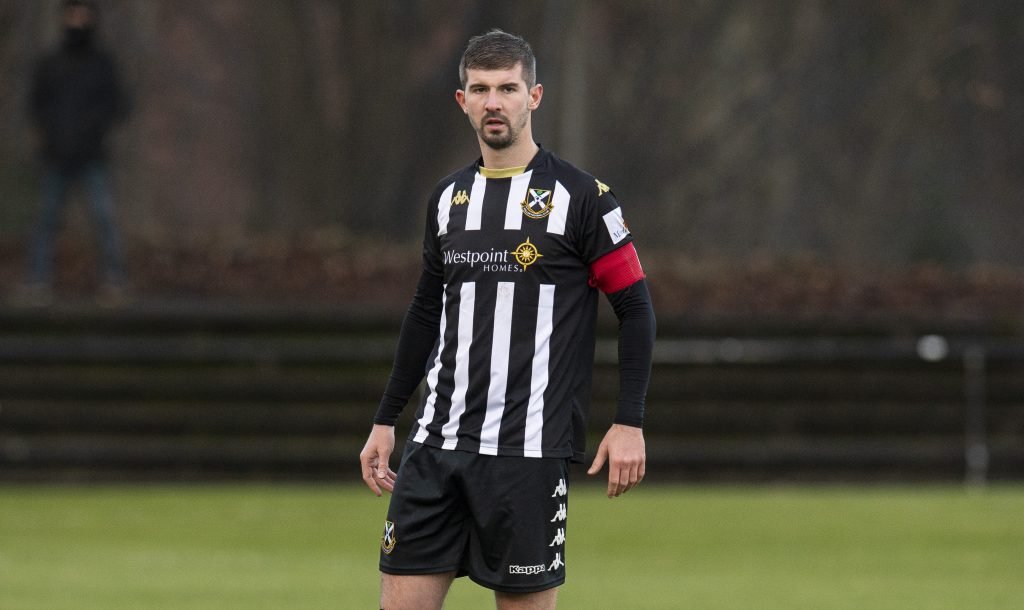 David Brownlie has now been confirmed as the Club Captain following the recent retirement of Paul Gallacher.

David joined Pollok in August 2021 from Linlithgow Rose and has so far made 17 appearances and scored on 2 occasions. His impact on the squad has been instant becoming a fan favourite and making a name as one the league’s top defenders. David has been chosen as captain because of his immediate impact as a leader within the squad.

Other senior members of the squad Jordan Longmuir, Craig Menzies and Derek Esplin will join them in forming the squad’s leadership group.

“David has been a fantastic signing for our club. He has fitted in brilliantly. It is a natural choice for me to appoint David as club captain as he is a natural leader and in the prime years of his career. This will provide consistency and longevity for the club moving forward.”

“We have been very fortunate to have had good leadership from Paul Gallacher and most recently Ryan McGregor, who has done a fantastic job in leading the team in Paul’s absence.

As we now have clarity with Paul making the decision to retire, I felt it was important to get a someone in place as quickly as possible to lead the group forward. I am delighted for David; he has the respect and support of all his teammates, management and the committee of the club. I look forward to him leading the group forward.”