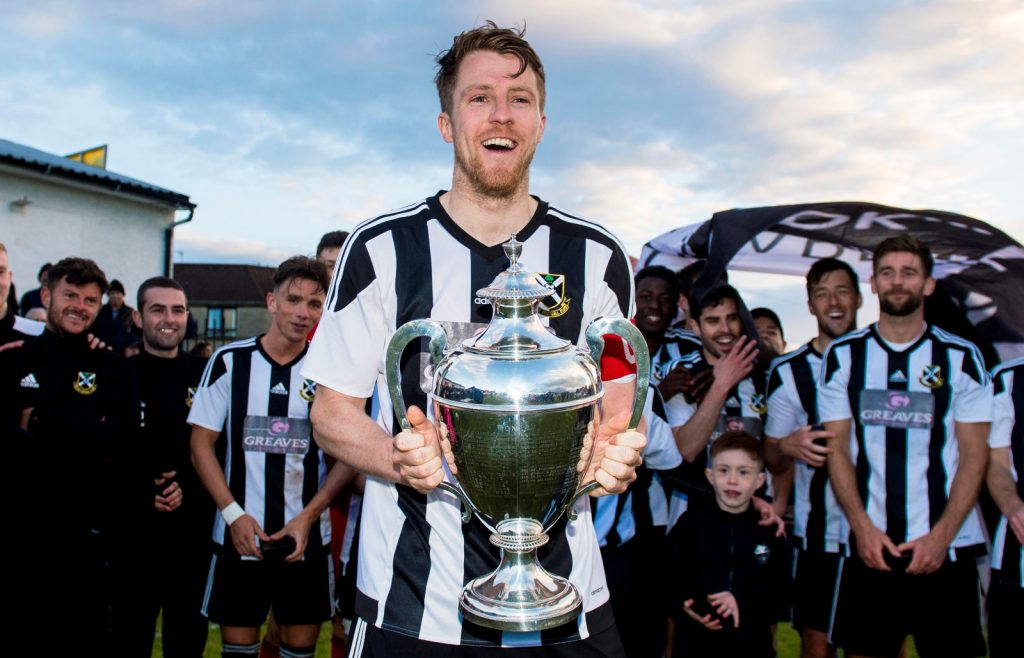 Pollok’s club captain, Paul Gallacher, has retired from football with immediate effect, due to a long-term injury.

Gal joined Pollok in the summer of 2014 from Queens Park. He made an immediate impression on the Newlandsfield faithful with a string of composed displays that quickly became his hallmark.

After leading the team to immediate promotion back to the Premier Division as Champions, Paul remained a stalwart for Pollok in the seasons that followed.

In that time, he made over 200 appearances for the Newlandsfield club, netting 16 times in the process. His retirement comes at the age of 30.

Paul’s qualities as a player were manifest for anyone who watched him play. Athletic, intelligent and elegant, he combined excellent positional sense with skill and determination.

Perhaps less obvious to the onlooker was the level of respect shown to him by his teammates. Over the years, his colleagues have consistently praised his work ethic and motivation. Paul trained the hardest, played the hardest, and was example to all who played alongside him.

“this is the single hardest decision I’ve ever had to make. As a player, you never think about when your career’s going to end. You think you’ll be able to play for ever. I can’t explain the disappointment I feel that it’s ended this way. But I must make the correct decision for myself and my own future. After many weeks of soul-searching, I’ve realised that this is the only option I have”.

“It has been a privilege to play for this club. I feel honoured to have played for and captained Pollok for so many years.”

“Thanks must go to my coaches, my many team-mates and, of course, to the fans who have given me such tremendous support and backing over the years.”

“And of course, I will certainly be returning to Newlandsfield as a fan.”

The deepest gratitude of everyone connected with Pollok goes to Paul for his commitment and dedication to our club during his 9-year stay. Of course, the best wishes of everyone go to Paul for the future.