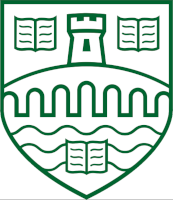 Pollok have been drawn away to Lowland League side University of Stirling in the Traderadiators.com South Challenge Cup.

University of Stirling FC joined the Senior ranks in 2008 when they took their place in the East of Scotland League First Division and enjoyed early success, winning promotion then the East of Scotland Premier League itself in 2011-12. They were founder members of the Lowland League, finishing runners-up to Spartans in the inaugural season of 2013-14. They have played games at a variety of venues, from Gannochy Sports Centre (where their other teams currently play) at the University campus in Bridge of Allan to The Falkirk Stadium. They now play at Forthbank, sharing with Stirling Albion. Both the date and venue of this tie are TBC.

The club attract players from all over the world on sports scholarships and have an international flavour to their side. Managed by Chris Geddes since 2017, they will be tough opponents for Lok, especially after seeing off Hurlford United in the last round.

The full draw can be watched here: