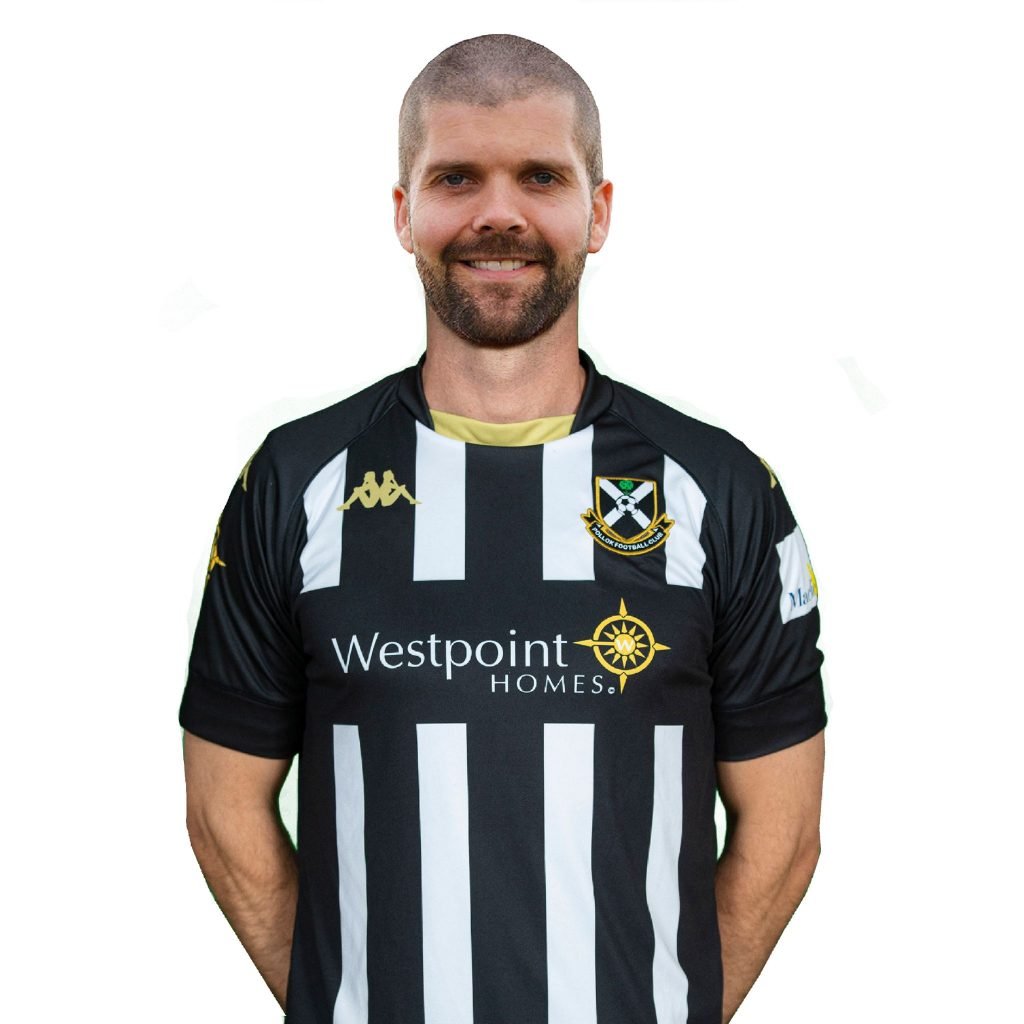 Pollok are delighted to announce this evening the capture of St. Cadoc’s defender Craig Menzies on an 18-month deal. The 35-year-old began his career with Stenhousemuir and immediately broke into the first-team squad, making 74 appearances with the Warriors before his 22nd birthday. He left Stenny in 2008 to sign for Cumnock, though moved onto Dalry Thistle after one season. Two years at Merksworth Park came to a conclusion with a transfer to Glenafton Athletic in June 2011. While with Glens, he played in two Junior Cup finals, winning in 2017 by two goals to one against Auchinleck Talbot. It was in fact a clean sweep of silverware for the club captain, with the West Super Premier, West Super First, Ardagh Glass League Cup, West of Scotland Cup and Evening Times Cup all being accrued over the years.

Menzies’ time with Glens only ended when they shut down for the 2020-21 season and a number of players followed manager Craig McEwan to St. Cadoc’s upon his appointment with the West of Scotland League newcomers. McEwan’s departure last week (he has subsequently joined the Darvel coaching staff) coincides with Menzies’ moving on and signing up at Newlandsfield.

Craig himself is looking forward to getting started with Lok and told the Lok website this evening:

“I am delighted to join Pollok Football Club. I have played at Newlandsfield many times through the years and there is no better place to play at this level.

“The manager has put together a really strong squad and I’m excited to get started.”

“I am absolutely delighted to secure a player of Craig’s calibre at this time of the season. He will bring great defensive qualities to the squad and great leadership on and off the pitch. He is a fantastic signing for the club.”