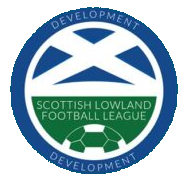 All the best to trialist Robbie Russell who broke his leg while playing for Lok’s under 20s on Friday night against St. Anthony’s. He had come on for Stephen McKenna’s lads in the 57th minute as a sub but had to be replaced himself late on by Mikey Verrecchia. He has an operation on Sunday 21st November and the club will support Robbie in his recovery. As to the game itself, Thomas Haggarty netted his 10th and 11th goals of the campaign with Ben Marshall weighing in with another. Next up is Maryhill at Nethercraigs on Friday night.