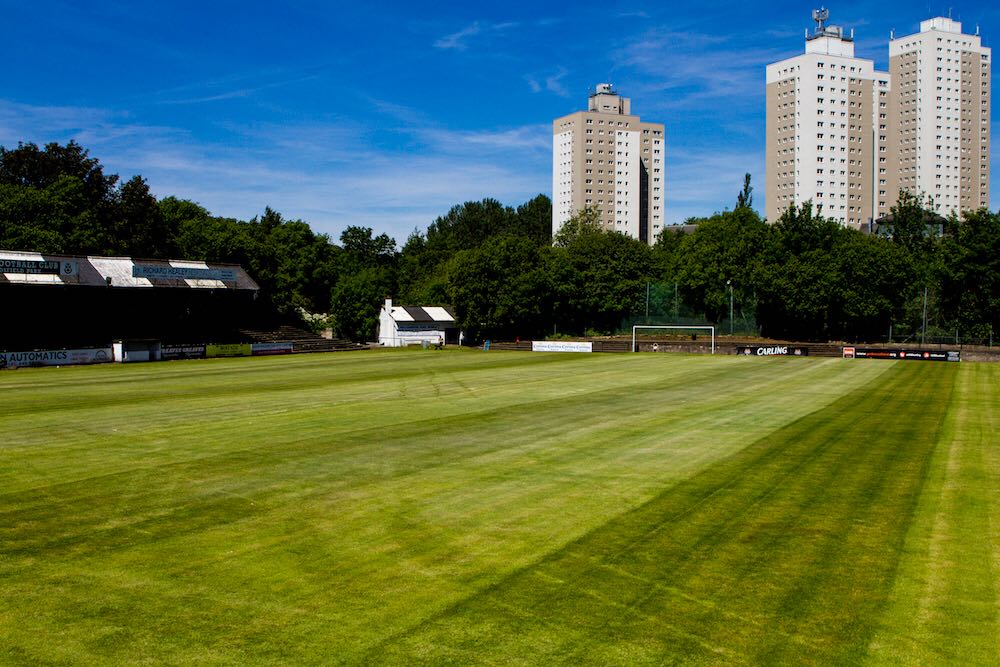 Pollok are delighted to announce the signing this evening of 19-year-old striker Jordan Moore from Bellshill Athletic. The young forward was the trialist on the bench last weekend against Troon and has signed a deal through to the end of the 2022-23 season.

Jordan played youth football at Stenhousemuir, Motherwell and Jerviston BC before moving on to Gartcairn Football Academy, eventually progressing to the first team at MTC Park. He left Gartcairn midway through the eventually annulled 2020-21 season for Bellshill Athletic but opted to sign for Fauldhouse United in pre-season. This was short-lived as by the end of July he was back in the yellow and black of Bellshill, finding the net on a regular basis.

Manager Murdie MacKinnon was clearly happy to get his man. Speaking to the Lok website he said: “I am delighted to welcome Jordan to the club. Jordan joins us on the back of an excellent spell at Bellshill where he has scored 24 goals this season.”

“He is direct and quick in his play and can obviously finish well. Jordan adds another sprinkling of youth to our squad, which has been a key feature for Pollok this season. This is something that has pleased me more than anything this year.”

“We are delighted to have strengthened the top end of the pitch recently. Jordan provides even more competition for places. Our strength and depth of squad is very good. This will definitely help us as we go through the season with inevitable injuries and suspensions.”

“All that leaves is for me to welcome Jordan to the club and wish him well during his time with us at Pollok FC.”

In other news, Pollok’s Development team have had a couple of changes this week – 18 year old defender John Burgon has signed from Benburb, though had a spell with the Lok academy prior to that, while keeper Grant Jamieson departs with the club’s best wishes.